What the election means for renewable energy 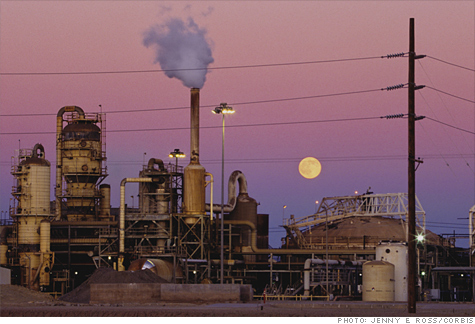 FORTUNE -- Companies in renewable energy industries are trying to figure out how to navigate the swing rightward from the midterm elections. Starting with the worst casae scenario, projects that received some of the $16.8 billion in stimulus funding allocated to the Office of Energy Efficiency and Renewable Energy in 2009 could now be left to wither, without getting the chance to return the promised green megawatts per dollar invested.

Right now, though, It's unclear how renewables funding will play out. Here's what we know: Republicans took the House but lost the Senate. Harry Reid, a longtime champion of renewables -- especially geothermal energy -- retained his Senate seat and is all but certain to remain Majority Leader. As with all new legislation, the split amongst the two chambers means that every new or reauthorized energy program will have to have support from both sides of the aisle to win approval.

The end of either tax credit could man that venture capitalists investing in green energy could redirect funding away from startups, thanks to the withdrawal of government support that helps make green energy economically viable.

"Elections can change the landscape at a time when renewables don't need to change," says Dan Kunz, CEO of US Geothermal, which received over $3 million in stimulus funding. "A stable funding environment over a long period of time, like four or five years, is far better than these starts ands stops."

Geothermal plants, in particular, need years to develop. They generate energy from the earth's heat, which is stored in reservoirs underground. That means that setting up a geothermal plant is more complicated than building windmills or propping up solar panels. Companies looking to build a geothermal plants have to locate reservoirs, then drill, then build. There's a longer lead-time between funding and generating energy, says Kunz.

It has also been difficult to get nation-wide political support for geothermal projects because unlike wind or solar, it's only economically feasible to access geothermal resources in the western United States.

Geothermal reservoirs usually occur at the boundaries between tectonic plates. The west coast of the continent sits just east of the Pacific tectonic plate, which generates all that geologic activity -- think San Francisco earthquakes and Yellowstone geysers.

For now, most of the energy is used where the power is produced. That's part of the reason why the fate of geothermal projects, perhaps more than other renewable fuels, depends on friends in high places, like Reid. The industry has had to claw to get the same status as wind and solar, and only started receiving the same government subsidies as other renewables in 2006 -- thanks, largely to Reid's advocacy of geothermal development country-wide and in his home state of Nevada.

Once plants are actually built, geothermal has some advantages over competing types of renewable energy. The earth constantly generates heat, so it dosn't matter if the wind is blowing or the sun is shining. A 300 megawatt geothermal plant generates 300 megawatts of energy at all times. A 300 megawatt solar plant outputs that much energy only at peak times. And solar plants can't run at peak in cloudy weather or at night.

"The most fragile position to be in is when you've started exploration drilling, and haven't solidified to banks that you have this great resource." His company is unique in that it has enough cash to fund most projects through this phase, but many others could be in trouble, according to Kunz.

Senator Reid is a huge boon for the geothermal industry says Thomsen, and having a powerful industry champion is the most important aspect of pushing geothermal. Reid defeated Tea Party-backed challenger Sharron Angle in Nevada, which houses 19 functioning geothermal plants. Most of the rest are in California, which has 43.

State energy policy is another big key for the industry, says Thomsen. "It's not by coincidence that Ormat only operates geothermal projects in states with a state Renewable Portfolio Standards." These standards help make renewable energy economically feasible on a state by state level.

Thomsen surely rejoiced that California's Proposition 23 was defeated on Tuesday. The proposition would have suspended the Global Warming Solutions Act, passed in 2006, which aims to significantly curb greenhouse gas emissions in California by 2020.

"I think geothermal today is very bipartisan. It's the lowest cost renewable technology, and it's got strong ties to the oil and gas industry," says Thomsen.

Yet even a small change in policy could mean that other, smaller geothermal plants may have to stop in their tracks. Right now the industry is so small that what's bad for any one geothermal project is bad for the industry as a whole.

Geothermals may have bipartisan appeal, but as different as they all are, wind, solar and geothermal issues tend to be lumped together in federal legislation. If the Republican House manages to cut tax credits for renewable energy by holding up solar panels or windmills as examples of wasteful spending, that could wind up hitting geothermal projects right where it hurts: the wallet.

BP doubles down on deepwater drilling