It doesn't pay to remodel your home 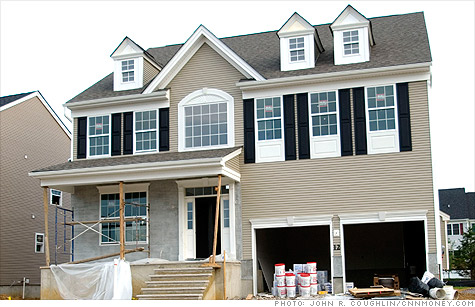 NEW YORK (CNNMoney.com) -- Looking to spruce up your home and wondering what will give you the most bang for your buck at resell time?

Install new fiber-cement siding. That cost an average of $13,382 and returned 80% of the investment, according to Remodeling magazine's 2010 Remodeling Cost vs. Value survey, done in partnership with the National Association of Realtors (NAR).

Like every other renovation job though, it returned a lower percentage of its costs in added home value this year than it did in 2009.

In general, anyone planning a home remodeling will pay a lot more for the job than they will get back in return when they sell. Only 60% of remodeling costs in 2010 would be recouped by homeowners, the report said.

Exterior improvements mostly performed better than interior ones, owing to the necessity of maintaining a home's "curb appeal."

"In today's buyers market, given the large inventory, where people have so much selection, it's important to have the exterior catch the eye so they're willing to step inside," according to Lawrence Yun, chief economist for NAR.

The cost vs. value equation has been getting less attractive for years, but 2010 has seen a particular decline in the percentage of home improvement costs recouped.

On the average remodeling job, homeowners recouped 16% less value than they had in 2009, the steepest slide the survey has recorded in its nine-year history. This happened despite the fact that construction costs declined for the first time since 2004.

Get a high-quality remodel for less

In general, the more spent for a job, the lower the percentage of return. That's apparent in comparing kitchen remodels.

Low cost exterior improvements do well. An exterior steel door replacement return 102% of its $1,218 cost and new garage doors recoup 84% of theirs.

Two jobs tied for the best return on any midrange remodeling investment costing more than $10,000. Adding a wood deck or doing a minor kitchen remodeling, which involves replacing cabinet doors and counters, buying new appliances, sinks and faucets and repainting walls and trim et al, both recouped 72.8% of their costs.

Biggest and smallest paybacks
The return on investment of home improvement jobs.
Source: Remodeling magazine and National Association of Realtors
Why gut it if you can repair it?

Can you afford the yuppie dream home?
Find homes for sale