Inside the Lazard reunion

FORTUNE -- There are family reunions, high school reunions, sports team reunions -- and then there are investment banker reunions. As in, be afraid. Be very afraid.

Bankers former and current of the blue-chip investment bank Lazard Ltd. (LAZ) gathered last night in the august Grill Room of The Four Seasons restaurant in midtown Manhattan for a first-ever reunion of the firm. And the behavior was (gasp!) actually civilized -- which surprised at least one participant. "It was a lot more collegial, warm, friendly, enjoyable than I thought it would be," says someone who stopped by. "And this is not a group that naturally knows about teamwork or getting along. But people seem to be just enjoying the cocktails and passed hors d'oeurves." 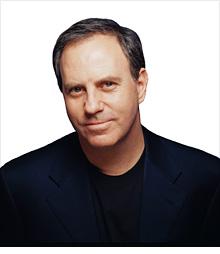 Perhaps most conspicuous by his absence, though, was the most high profile of the former Lazardmen, Steve Rattner (the firm's former deputy CEO and later President Obama's car czar, who was sued on Thursday -- the same day he appeared on CNBC's Squawk Box -- by New York state attorney general Andrew Cuomo over his role in the pay-for-play scandal that occurred while Rattner was at his new firm, Quadrangle Group). Rattner apparently had said he was coming but then canceled at the last minute. "Yeah, I guess Mr. Lightning Rod didn't show up," said one person.

At one point Lazard CEO Ken Jacobs gave a few remarks about the firm, and though he was hard to hear, concluded that it was "a great time to be at Lazard." Jacobs, who worked at Goldman, an institution big on alums, alum gatherings, and even alum websites, did not dwell, however, on his predecessor, the late Bruce Wasserstein, who was able to pry the investment bank lose from its French owners. Wasserstein apparently was respected for this move, but not particularly beloved by the seven- and eight-figure-salary rank-and-file.

So maybe that's why the tone was so nonconfrontational last night? The characters that got folks the most riled up either didn't attend or weren't discussed. Could be, says a participant, but let's not tempt the fates. Bottom line, said one attendee: "This is an event that shouldn't happen more than once, ever!"