Apple, Cisco, others organize for a tax holiday lobby 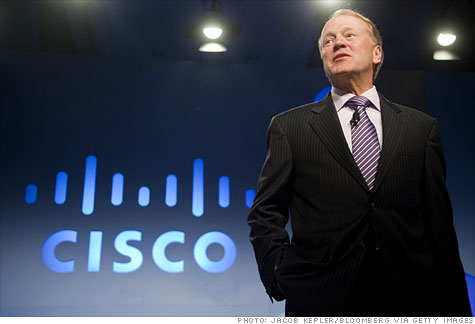 FORTUNE -- Economists, businessmen, and politicians of every stripe have spent months talking themselves hoarse about how to get the roughly $2 trillion in corporate reserves back into the economy. Get ready to start hearing a lot about that sum's international cousin.

A group of tech, pharmaceutical and energy giants is readying a major lobbying blitz for a tax holiday that would allow them to bring home the estimated $1 trillion they've got parked overseas at a steeply discounted rate, Fortune has learned.

The campaign is still in its planning stages, but sources close to the effort say Oracle, Cisco, Apple (AAPL, Fortune 500), Duke Energy (DUK, Fortune 500), and Pfizer (PFE, Fortune 500) are among the major players looking to bankroll a coordinated, sustained pitch to sell policymakers on the idea. Their aim is to win a one-year tax amnesty on their foreign earnings, allowing them to repatriate that money at a tax rate of about 5%, instead of the 35% they face now.

The push is timed to coincide with the start of a serious debate on a comprehensive overhaul of the corporate tax code, and the companies are hoping to include the holiday in any reform package that moves forward. But if the broader reform effort stalls, they will likely angle to move their plan separately. Representatives from the companies either declined to comment on the specifics of the effort or did not return calls.

It's going to be a tough sell. Multinationals prevailed on Congress to approve a one-year tax holiday once before, as part of a jobs package in 2004. Back then, the companies argued the relief would help them boost economic growth, because they'd plow their repatriated money into research, investment, and hiring. And while plenty of outfits benefited from the break -- 843 corporations made use of the holiday, bringing back a total of $362 billion, according to the IRS -- the broader economic benefits were dubious.

The Treasury Department wrote rules trying to ensure that the recovered cash was in fact invested back into the companies. But money is fungible. Although the rules expressly prohibited using the funds for dividend payments or stock buybacks, subsequent analysis has shown participants sent most of it to shareholders anyway. One study, released by the National Bureau of Economic Research, found that for every dollar of repatriated cash, companies bumped up shareholder payouts between 60 and 92 cents.

"A tax holiday would bring a substantial amount of cash back to the United States and paying that out to shareholders is good for the economy," said study co-author Kristin Forbes, an economics professor at MIT's Sloan School of Management and a member of then-President George W. Bush's council of economic advisers. "But if you're a politician claiming this will create a lot of jobs or new investment, it isn't supported by the data."

Perhaps that's why, so far, corporate executives arguing for another holiday are modulating their pitch. In an October editorial in the Wall Street Journal, Cisco (CSCO, Fortune 500) CEO John Chambers and Oracle (ORCL, Fortune 500) president Safra Catz contended that a second holiday would help put Americans back to work. But they don't promise that companies would drive all of their repatriated money directly into job-creating investments.

They acknowledge that companies might pass the money along to shareholders again. But Chambers and Catz argue on top of direct investments, the holiday would spur a new stimulus by boosting markets, thereby increasing consumer confidence. And they say the tax revenue itself could fund $50 billion worth of credits to encourage new hiring -- a sum only possible in the unlikely event companies decide to bring home the entirety of their overseas reserves.

Lobbyists close to the effort privately admit they've got a lot of work to do, which is one reason they're getting started now. Their benchmark is a failed attempt to attach a similar proposal to the 2009 economic recovery package. A bipartisan team of senators, led by California Democrat Barbara Boxer and Nevada Republican John Ensign, offered a one-year foreign tax holiday as an amendment to that bill, and it gathered only 42 votes.

Making the case for the amendment on the floor of the Senate at the time, Boxer acknowledged companies that took advantage of the first holiday abused the spirit of the requirements on how the money needed to be spent. But she tried to reassure her colleagues that tighter strings in the latest proposal would prevent a repeat performance. Summing up the feelings of the widespread Democratic opposition, Sen. Byron Dorgan (N.D.) said, "There is no education in the second kick of the mule."

How the proposal will play two years later is not yet clear. Republican pickups in the Senate, and their takeover of the House, would seem to augur brightened prospects. But will Tea Party-affiliated Republicans embrace a plan that small businesses slam as a giveaway to the biggest corporations? Proponents of the 2009 measure argued it would inject much-needed liquidity into the markets -- a pitch that's lost its urgency as banks have loosened up on lending.

But can they prevail with a campaign that sells the holiday as a gigantic, privately-funded stimulus to goose the economic recovery? Lobbyists close to the effort agree the companies will need to accept some tough conditions on the use of the money, but tie the strings too tight, and the companies could sour on their own program.

Another big question mark: Where will the White House come down? Obama's economic team has been cool to the proposal in the past. But with the President scouting for opportunities to burnish his relationship with big business, he could give the idea a fresh look. Either way, he's sure to get an earful about it on Thursday, when he makes an overnight trip to Silicon Valley to meet with tech industry CEOs and try to sell them on his budget.

Startup America is dead on arrival
Subscribe to Fortune