BAE's Linda Hudson: How to climb the corporate ladder 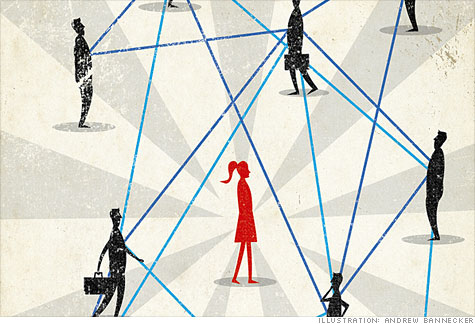 FORTUNE -- Linda Hudson is used to being the only woman in the room. Growing up in central Florida during the heyday of the space program, Hudson, 60, was captivated by the burgeoning industry. With some prodding from teachers and a talent for science and math, she became the first woman in her high school to take its engineering drawing course. At the University of Florida, she says, she was one of two women in her engineering class. And in 2009 she became the first female to head a major U.S. defense company when she was named CEO of BAE Systems Inc., which operates independently in the U.S. from its British-based parent under a government security agreement.

Hudson says she's as surprised as anyone to have the job, given how hard it was for a woman to progress when she started. "The fact that there is opportunity, the fact that people who are different -- not just women -- can in fact do anything, is something I wish I had really understood then that I do understand now," she says. Here are this trailblazer's tips -- still relevant today, in a vastly different world -- on navigating a male-dominated field.

Stand up for yourself

Challenge demeaning actions, but do it factually and professionally. Even far into my career at a management level, a vice president who was interviewing me for a role on his staff blatantly said, "I don't think a woman can do this job." I remember saying to him, "I don't expect to have to sit here and defend my gender. And if you aren't man enough to look at my credentials and conclude I'm the right person, then I'm wasting my time." I walked out on the interview. But I got the job.

When you're making a presentation in front of a room full of men, a squeaky, soft voice does not put forth an aura of importance or authority. At one point I actually took lessons from a voice coach who trained opera singers and actors in New York. I learned how to better project and develop a lower pitch that worked effectively when I was speaking to large groups.

It's better to work with the system from the inside. Just about every job I had, I was the first woman ever to have it. I was a manager at a company in California, and it had no maternity-leave policies in place for my level when I was pregnant. Rather than demanding the company figure it out, I helped write the policies and the practices. I realized you can have as much, if not more, impact by working within the system than by confronting it when it doesn't work the way you want it to.

Getting more women on company boards

How to protect your career during a merger
Subscribe to Fortune
First Published: March 15, 2011: 7:27 AM ET