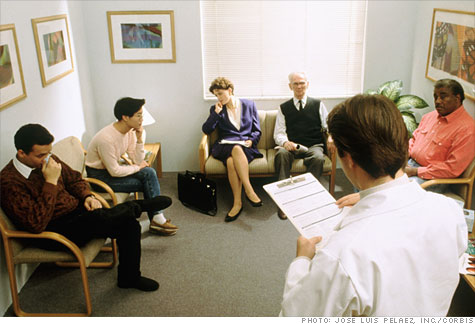 FORTUNE -- Late last month, the Patient Protection and Affordability Act, better known as "health care reform," quietly celebrated its first birthday. The bill has its supporters, including the millions of previously uninsured Americans who will have access to coverage because of it. But its critics have been more vocal, attacking the landmark legislation for "gutting" Medicare, drastically understating the measure's probable cost, and funding a new entitlement with early premiums from still another entitlement for long-term care that's destined to go broke.

But the biggest threat to President Obama's plan is both widely overlooked and absolutely fundamental. The measure aims to vastly increase health care coverage while effectively freezing the ranks of the already-busy providers needed to furnish all those extra check-ups, cancer screenings and angioplasties: America's physicians.

"If you expand demand and cut the fees -- the main thing the law does to reduce costs -- doctors will simply say, 'I don't need you,' and take higher-paying customers," says Dr. Richard Cooper, an oncologist at the University of Pennsylvania and expert on the doctor supply issue. "It's already happening with Medicare and Medicaid patients, and will only get worse."

The looming doctor shortage creates three unintended forces bound to block the objectives the plan is designed to achieve. First, Medicare and Medicaid patients will increasingly face long waits to see a doctor, if they can find a physician to treat them at all. Second, people who need care urgently will flood already overloaded emergency rooms, just the scenario the plan is trying to avoid. Third, the tight restrictions on the number of physicians make it extremely difficult for insurers to find HMOs or medical groups craving new business, and hence willing to accept deep discounts in exchange for new patients.

The Patient Protection Act's promise to expand demand for healthcare is well known -- and amply advertised by the Obama administration. By 2019, it would cover 32 million Americans who would otherwise remain uninsured, around half by raising the income threshold for Medicaid, the joint federal and state program for the poor, and the balance by providing generous subsidies through newly created, state-run "exchanges." Don't forget that the medical market already needs an influx of providers to treat the 75 million baby boomers who start joining the Medicare rolls in 2011.

What's mystifying is the measure's approach to addressing how those new patients will actually get the care they're promised. Remarkably, the Obama plan leaves a bottleneck in place that prevents the supply of physicians from significantly growing. The number of doctors entering the workforce each year is determined by the number of residency positions or "slots" at US teaching hospitals. Most of the funding for those positions is provided by Medicare. In 1997, Medicare effectively froze the number of slots at just over 100,000, meaning that around 25,000 new doctors enter practice each year. The number hasn't increased much in two decades, while the volume of medical services has exploded.

The Patient Protection Act would effectively "add" roughly 900 residency positions by using slots that are not currently in use. That would lift the number of doctors entering the workforce each year by a paltry 200 to 300, an increase of 1% or so at best. Instead of vastly growing the overall pool of newly trained doctors, the administration concentrates on shifting the mix by limiting the number of specialists and modestly increasing the ranks of primary care doctors, a group that comprises family physicians, general internists, and pediatricians.

The plan is a formula for a dire, reform-killing shortage. The reason is basic: American medicine is already suffering from a dearth of doctors, and the problem is just as bad for specialists as for the primary care practitioners the bill favors.

A revealing report by physicians recruiting firm Merritt Hawkins, prepared for the Physicians Foundation, cites a wide variety of reports, as well as its own survey of doctors, documenting the problem. In 2010, for example, only one medical school graduate in six chose primary care. Family doctors, internists and pediatricians constitute just one-third of the physician workforce today versus 50% in 1950, and the share is falling fast. Virtually every rural area in America needs more primary care doctors, and can't find them.

Nor can hospitals and practices find sufficient numbers of general surgeons, psychiatrists, gastroenterologists, and cardiologists to care for their patients. The number of openings for geriatricians who serve the elderly is four times the number available for hire.

As a result, patients of all stripes are waiting longer and longer to see a physician. Merritt Hawkins found that the average time between booking an appointment and entering the doctor's office is 50 days in Boston, 27 in Philadelphia, 24 in Los Angeles and 23 in Washington, DC.

The promise of plentiful, affordable care for Medicaid and Medicare patients, a pillar for the reform package, is gravely endangered. Of the doctors Merritt Hawkins surveyed nationwide, 92% said they would either stop taking new Medicaid patients or significantly limit those they do take because of the bill; for Medicare patients, the figure was 87%. Dr. Cooper estimates that a fourth of all doctors now refuse to take Medicare beneficiaries, and half shun Medicaid recipients.

The administration's decision to maintain the doctor freeze contradicts its effort to control costs. The bill would modestly raise reimbursement for primary care doctors while allowing fees for specialists to keep falling. Even the increases for family doctors and the like won't work. "A family doctor gets around $70 a visit from Medicare or Medicaid, and 15% more from private insurers. And those patients are a lot sicker and more expensive to treat," says J.R. Thomas, chief of MedSynergies in Dallas, which provides back office services for medical groups.

So, busy doctors will increasingly drop Medicare and Medicaid patients, and fill their days seeing privately insured clientele that pay market rates. The waits will get far longer and the emergency rooms fuller. America will turn into a two-tiered system like the one in Britain, where the wealthy pay for deluxe concierge service -- that's what tomorrow's well-off Medicare recipients will do. The poor on Medicaid will have no such luxury.

Much of the pain would be avoided if we simply agreed to expand the number of doctors to meet the growing demands of the medical marketplace. Recent proposals in Congress to increase the number of residency slots have gone nowhere, in part because the administration accepts the highly questionable argument that restricting the number of physicians holds down costs. As one wise doctor, born in India, practicing in the U.S., once told me, "We've created a famine where there should be plenty."