Retirement planning for you and your spouse 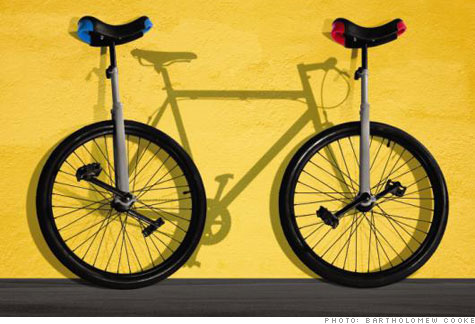 (MONEY Magazine) -- Have you discussed your retirement plans with your spouse lately?

Chances are you haven't -- or if you have, that the experience was tense: Some 82% of higher-income couples surveyed by Fidelity say they disagree about key basics, including the age at which they'll quit working and the lifestyle they'd like to maintain.

Meanwhile, the events of the past few years -- a boomerang market, rampant layoffs, pension freezes, and home-equity plunges -- make getting in sync all the more essential, says David John, deputy director of the Retirement Security Project at the Brookings Institution.

Forging a joint plan now will give you a better shot at a retirement that will make you both happy. Such strategizing is especially key for wives: Women still typically earn less than men -- meaning smaller retirement accounts and lower Social Security benefits -- and are likely to outlive their husbands. Answering these questions will help you two get onto one path:

What do we want?

Start the joint planning process by brainstorming individual wish lists: when you want to retire, where you hope to live, whether you'll work part-time, what kind of lifestyle you envision. Include other dreams -- such as starting a business, traveling, or studying tango -- says Ken Clark, a Little Rock financial planner and therapist.

Then compare notes. "So many couples haven't taken the time to sit down and ask the big-picture question about what they both want," says Mary Claire Allvine, an investment adviser in Atlanta and Chicago.

While some goals may overlap, others won't. But don't try to hash it out just yet, Clark advises. Many points of conflict will evaporate naturally as you examine the realities of the time and money you have to work with.

How much do we have?

Many duos don't seem to have a clue. In the Fidelity survey, for example, about half the respondents didn't even know their own 401(k) balances; only 37% of husbands and 21% of wives knew the value of their partner's account. And about 30% of couples disagree about whether one of them will get a pension.

"Couples have to make the leap and view savings in aggregate," says Allvine.

The reason? You both need to know where you are before figuring out where you're going. The solution can be as simple as sitting down together with your most recent statements.

Are we investing in sync?

"Many couples have never considered their asset allocation as a household," says Danbury, Conn., planner Tom Arconti. Yet your total returns reflect the investments each of you picked for your 401(k)s and IRAs.

Depending upon your mate's choices, your retirement may be exposed to more risk than you expect. Use the Portfolio X-ray at morningstar.com to get an in-depth view of your holdings and see if you have overlapping investments.

Next, agree upon a household allocation that tilts toward the growth needed to cover the younger spouse's life span, says Arconti.

That doesn't mean each person's account has to be the same: The more conservative partner might feel better holding a bigger chunk of the bonds, Allvine notes.

While you're switching investments, take some time to examine the benefits of each person's work plan -- who has a better match? better investments with lower fees? -- to be sure you're getting the best deal.

Some 60% of couples disagree about when they'll leave work -- a decision that can have a huge impact on the lifestyle you're able to afford. See how retiring at different ages would change this using the retirement income calculator at troweprice.com.

Put extra thought into sorting out the when and how of collecting Social Security and pensions.

With Social Security, a lower-earning spouse -- typically the wife -- can collect on her husband's work record, instead of her own, for a benefit of up to 50% of the higher earner's payout, assuming he has begun claiming.

The best bet, usually, is for the higher earner to delay claiming as long as possible, as it means bigger checks while you're both alive and for the surviving spouse when one of you passes away.

Need cash to tide you over in the meantime? The higher earner can claim benefits -- allowing the lower earner to collect -- then he can immediately suspend his own benefits so they continue to build. Run the numbers for your situation at ssa.gov.

As for your pensions, the default option on most plans will continue paying 50% to a spouse after the pensioner dies. But you may be able to choose a higher survivor benefit in exchange for reduced payments while you're still around. That can make sense if your savings alone won't provide for your spouse. After all, a good retirement plan goes beyond "till death do you part."

Why it pays to coordinate Social Security