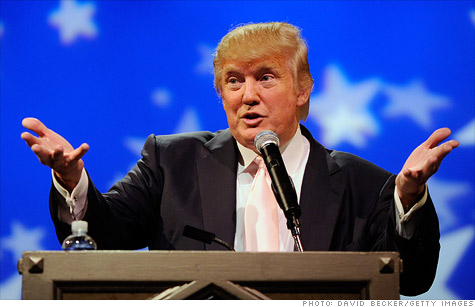 The daily-deals website said late Thursday that it will pull its ads from the website of Donald Trump's television show "The Apprentice" to distance itself from the "political criticism" swirling around Trump and his presidential ambitions.

"Enough consumers have contacted us to warrant ensuring that we don't place ads on the 'Apprentice' homepage in the future," the company said in a post on its blog. "It's the same reason we don't run deals on guns or abortion ... this isn't a political statement, it's avoiding intentionally upsetting a segment of our customers."

Groupon, a company that offers discounts on restaurants, hotels and other services, also said it has never directly advertised on the show, though it does advertise indirectly with the broadcaster, NBC.

"We invest heavily in online advertising through networks that place ads on a rolling basis, meaning that we know one will appear on NBC.com but not specifically which page," read the Groupon blog post. "We know that some advertising appeared on 'The Apprentice' home page a few weeks ago."

But the company didn't cut all of its Trump ties. On Friday, several of Groupon's local sites featured a discounted stay at the Trump Plaza Hotel and Casino in Atlantic City as their daily deal.

"We aren't taking a stance either way -- we have no desire to be involved in the Trump/Obama debate," Groupon spokeswoman Julie Mossler said when asked about the deal. "Though bizarre timing, this deal was scheduled far in advance and we see it as a completely separate concept."

The Trump lightening rod: Reality shows "The Apprentice" and "Celebrity Apprentice" are the flagship products of Trump's empire, which was built on real estate and casinos. Trump has spent much of his career developing a luxury brand and attaching his name to a wide variety of products, including clothing, chocolate, tea and bottled water.

Trump is currently flirting with another bid for the presidency, though he hasn't actually said whether he will jump into the campaign. He has wedded himself to the birther movement, which has accused President Obama of being born outside the U.S. and therefore ineligible to hold the nation's highest office.

Obama released his Hawaii birth certificate to the public on Wednesday, as Trump was making political appearances in New Hampshire.

The Trump brand: Luxury or hype?

Trump says, 'I'm worth whatever I feel'