These five countries are hungry for more workers. 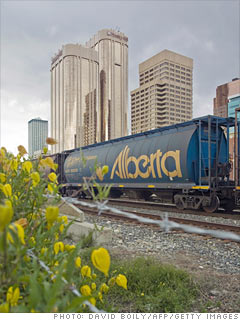 Ontario is being hit hard by the economic slowdown in the United States, but there's more to Canada than the eastern cities along the U.S. border. The commodities bonanza has made the distant parts of the country more attractive. High demand for potash and uranium in Saskatchewan entices Canadian workers to move west. And Alberta, the richest province in Canada, stays strong. Demand for executives is particularly high in Calgary.
By Johan Anderberg