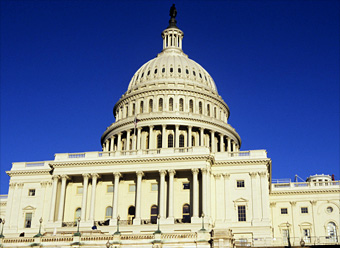 Freddie and Fannie's influence in Congress blocked legislative efforts to curb their growth.
The legislative branch created them, so it's no surprise that Fannie and Freddie have had a lot of political clout. But critics say they became masters of their congressional creators. Heavy spending on community projects and lobbyists, for instance, bought connections that helped to quash efforts by opponents to rein in the firms' growth. The Congressional Budget Office in 1996 questioned whether Fannie and Freddie actually pass the lion's share of their subsidy benefits onto homeowners. But, noted the CBO with some resignation, "Once one agrees to share a canoe with a bear, it is hard to get him out without obtaining his agreement or getting wet."