Do these vehicles look familiar? China's ambitious quest to become a global car empire is ruffling the feathers of Japanese, European and American automakers. 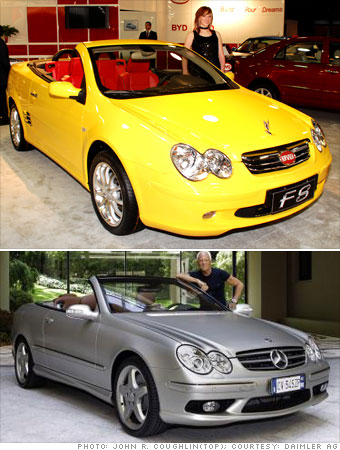 You'll do a double-take the first time you see a BYD F8: It looks a lot like a Mercedes. BYD, short for Build Your Dream, is a top producer of cell-phone batteries and began building cars five years ago. The F8, which BYD intends to start selling in China this winter, sports the same grill as the German carmaker's CLK, but the back looks like a Renault Megane CC. Unlike the CLK, which comes with a V-6 or V-8, the F8 has a front-drive 4-cylinder engine.