According to the influential Cook Political Report, Democrats hold 30 "tossup" seats, representing some of the tightest races in the country. Eight of those highly contested seats are held by market-oriented New Democrats. 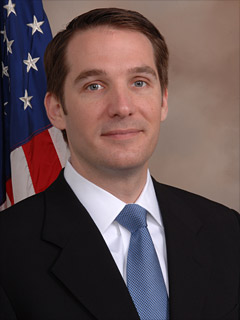 Nye, a former foreign service officer, rode a strong Democratic ticket and moderate pitch to victory in a military-heavy, Republican-leaning district. Now, despite hewing to the center -- he opposed cap-and-trade and health care reform -- Nye is struggling to hold on. His opponent is Scott Rigell, a car dealer who emerged in June from a crowded primary field with the backing of the national GOP. Nye has a strong cash position heading into campaign season, which, along with his hustle on the trail, may be his best hope.

By Tory Newmyer, writer
NEXT: Betsy Markey
Last updated August 27 2010: 5:42 AM ET
More from Fortune
Dems lose Wall Street and Main Street
The party's plan to gain populist support with financial reform at the expense of Wall Street contributions seems to be a losing bet. More
Obama's war with big business
The Democrats' strategy to fight the GOP is backfiring as it morphs into a messy, public war with the nation's biggest companies More
White House fans Congress' flames
How the administration's push to pass financial reform squandered a rare moment of bipartisan work. More