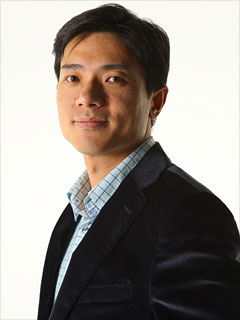 Google's loss was Baidu's gain -- especially when that loss was China's 420 million web users. In March, Google stopped censoring its search results in China and redirected Chinese searchers to its Hong Kong site. The company's market share began tanking -- and there to take up the slack was Robin Li's Baidu. Baidu, which already led the Chinese market, is now a juggernaut. Its end-of-2009 market share of 58% is now up to an amazing 73%. With some 8.5 billion search requests a month, it's poised to overtake Yahoo as the world's second-largest search outfit.

NEXT: 7. Larry Ellison
Last updated November 19 2010: 10:47 AM ET
More from Fortune
Reader's Choice
After a month of rabid online voting you crowned your own Businessperson of the Year. More
Reed Hastings: Leader of the pack
Executives from Silicon Valley to Hollywood to Wall Street admires his savvy persistence - and his company's cool culture. The secret to the Netflix CEO's success? He never stops looking over his shoulder. More
When they were young
Michael Dell was 21 when he first appeared in Fortune. Bill Gates made the cover when he was 30. Here's a look back at some of today's biggest business leaders when they were climbing the corporate ladder. More