According to U.S. tax law, any profits earned overseas must be taxed by 35% when returned to the U.S. That's why many companies park their cash on international soil - cash that could be shared with investors. Accounting expert Jack Ciesielski crunched the numbers on the biggest overseas balances. 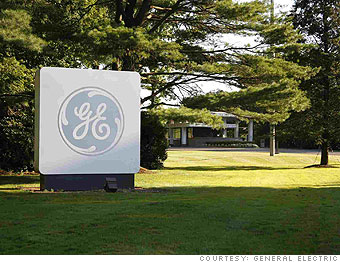 Perhaps it's not surprising that General Electric, known for aggressively minimizing its tax bill, by far tops the list.

The multinational conglomerate operates in nearly every corner of the world, whether it's supplying technology to hospitals in Malaysia, medical imaging equipment to England, or water systems in Ghana. It sells its products and services in more than 100 countries.

A recent story in The New York Times claimed that GE paid nothing in federal income tax last year despite its $5.2 billion in domestic profits. It sparked a new debate over corporate tax reform, even though the company later told Fortune that it expects a small tax liability for 2010.

By Eno Alfred, reporter
NEXT: Pfizer
Last updated April 14 2011: 3:59 PM ET
More from Fortune
The truth about GE's tax bill
Did GE pay U.S. income taxes in 2010? The company known for minimizing its tax bill made a muddled situation worse responding to a New York Times report suggesting it might get a refund. GE now says it has a small tax liability for 2010. More
Lower corporate taxes won't create more jobs
There's a battle brewing on Capitol Hill over whether or not to lower the corporate tax rate for U.S. companies. History shows that lower taxes do little to help most Americans. More
GE's taxes: A case study
How a major multi-national company like General Electric manages its tax bill. More