It wasn’t easy growing up in Eloy, Arizona. But for Girl Scouts CEO Anna Maria Chávez, a native of this desert town, becoming a Scout at age 10 was a game changer.

She credits the Girl Scouts and her family for giving her confidence, grit and determination that took her through Yale, law school, and government service. It’s now come full circle as she leads the 100-year-old organization.

I am a Latina of Mexican descent—my father was born in Mexico and my mother is Mexican-American. I grew up in the small farming town of Eloy, Arizona in the 1950s and 1960s. It was very much a working class neighborhood – most people didn’t have much at all, but what we had we shared; and that included our time and our talents.

My grandmother was a courageous woman who encouraged me to branch out, try new things, and reminded me to stay committed to my future vision and dream. When I was 10, I wanted to join Girl Scouts because my best friend was in it. My grandmother supported me, and that was important. She also taught me my mantra—"to whom much is given, much is expected"—and it reminds me every day of the importance of service to others.

I had an extremely pivotal moment when I was 12. One day I noticed some kids had graffitied over a historic cave that had indigenous writing on it. It really upset me and after talking to my mother about it, I basically decided then that I wanted to protect the environment, and to advocate on behalf of people who didn't have a voice. As a Girl Scout, I found the power of my own voice. 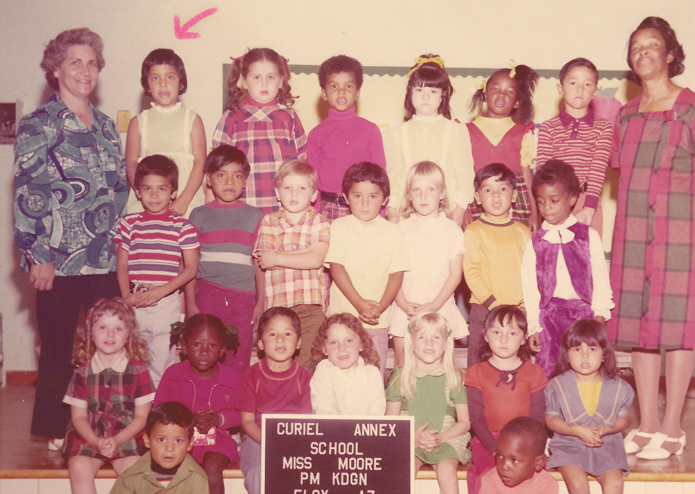 Chavez as an elementary school student in Eloy, Arizona. "I had teachers who invested in me from a very early age."

Growing up as a girl of color in a humble, low income family, I knew education and ultimately law would be the key to open up the future. I am very grateful that early on Girl Scouts inspired me and helped me develop the courage, confidence, and leadership skills to follow my dreams, no matter how big.

A lot of girls in my community didn’t finish high school. So the fact that I was able to graduate from high school, go on to an Ivy League school, and go to law school and become a lawyer was just a dream come true.

Now as CEO of the largest girls' leadership organization that is over 100 years old, I am challenged with bringing about much needed change to ensure we are truly a 21st century movement for all girls. 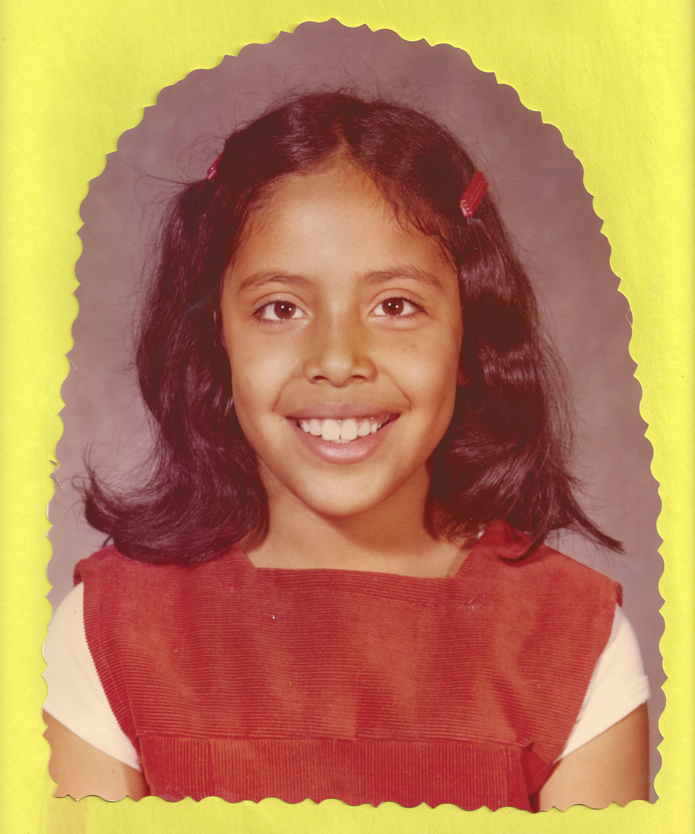 "Growing up as a child in rural Arizona where you didn't have a lot of resources, you had to take two sticks to rub together to create fun."

I've always maintained the positive mindset that good things happen to people who work hard. I was a small town girl with big dreams, so I’m thankful for the support of my family to pursue my goals, even if they seemed unattainable to those around me.

Individuals are still hindered every day, no matter who they are or where they come from. I do realize that certain environments or social cues may inhibit girls from fulfilling their dreams, which is why organizations like Girl Scouts are so important. I got to travel away from home for the very first time to camp and it really pivoted my thinking around what a leader was. It prepared me to have the courage to apply and go to Yale and then the University of Arizona for my law degree. 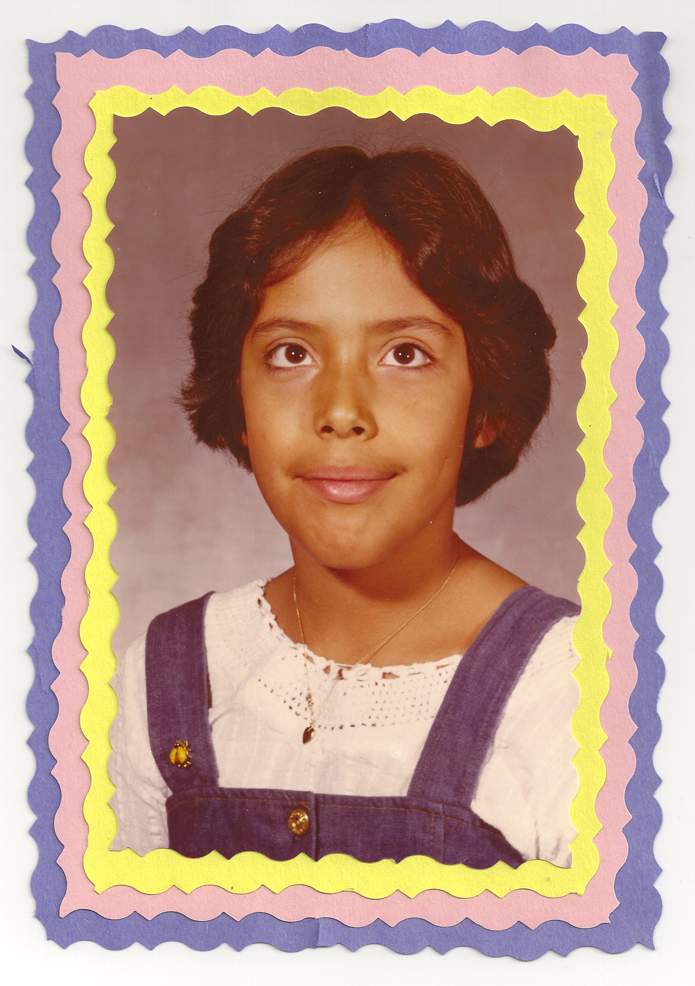 "Even at the age of 12, I had the power to get up and say, "We're not going to graffiti on really important pieces of our environment. We're going to protect it."

Hard work comes naturally to me, so it's really not fair to compare myself to others. I like to think that everyone should work smarter. I’ve learned that you have to always be ready and eager to learn, and be open to change and accept new experiences, but always in the light of your own values and beliefs. If you map out a path to your ultimate destination, it'll make the journey a bit easier.

From a young age, my vision was to make a difference in the lives of others. As a young girl the Girl Scouts really impacted me, but I never imagined that decades later I would become its CEO. 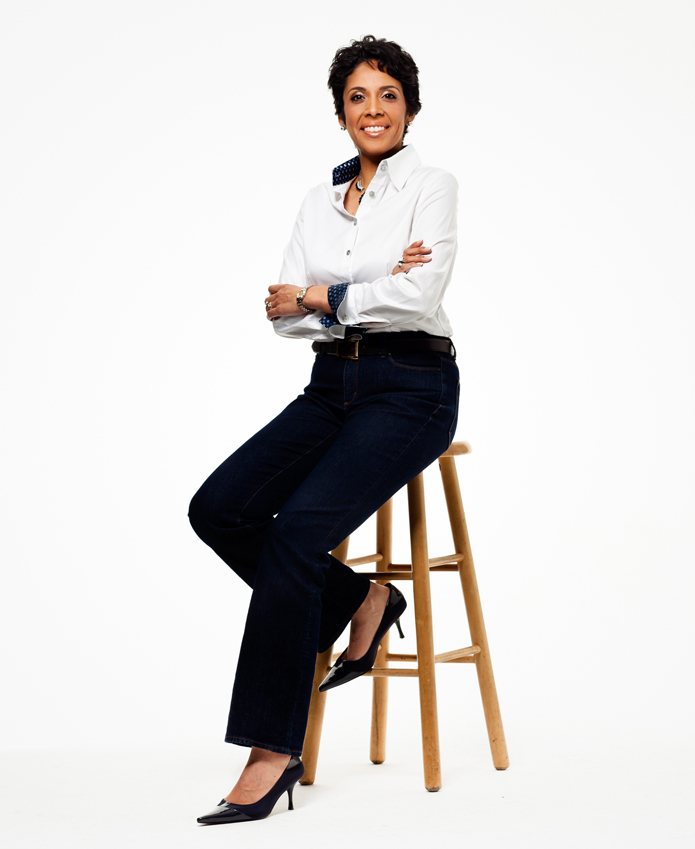 "I grew up in a family that didn't talk about barriers."

What was your “big break”?

I don't think I or anyone, really ever has a "big break" per se. I was just incredibly lucky to have an opportunity to serve girls in this iconic movement.

After I graduated from law school, it was only natural for me to want to go into the public sector.  I served in the Clinton administration in Washington D.C. and under two female Arizona governors. But when my boss, Janet Napolitano, was tapped to head up the Department of Homeland Security by President Obama after his election, my desire to serve stared down a different path.

I knew I wanted to work with youth. And from my own time as a Girl Scout, I knew how extremely powerful this movement could be in inspiring girls to reach their fullest potential. So when I had an opportunity to lead a local Girl Scout council in San Antonio, Texas, I jumped at the chance. A few years later, I was honored to be appointed by the National Board of GSUSA as CEO. 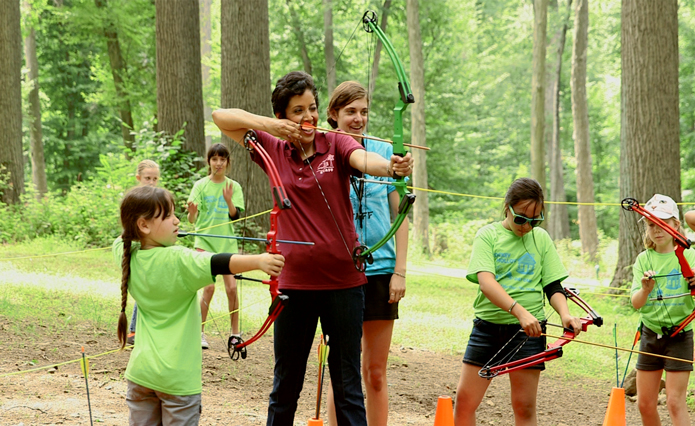 "As the CEO of Girl Scouts, what I tell girls as often as I can is to dream big. You can't get there if you can't envision it."

I was blessed with very strong female role models in my family. My mother was a woman who challenged the conventions of her day. From her I learned public service and leadership. She was an elected official at a time when that was not at all common for women [she ran for the local school board,] let alone a Latina woman. But she had the amazing support of my father, who believed in her wholeheartedly, and stood by her when some members of our community didn't approve of what she was doing.

Some of those in the community would ask him how he could allow my mother to take a role like that, and my father would say “She was born to do that.  How could I not?” He understood it was her passion to help people, and supported her in doing that. My mother was and continues to be an anchor in my life. She believed that we all had a path in life, and that it was our job not to let anything distract us from that path.

How often do you talk to your mom?

I talk to her just about every day! 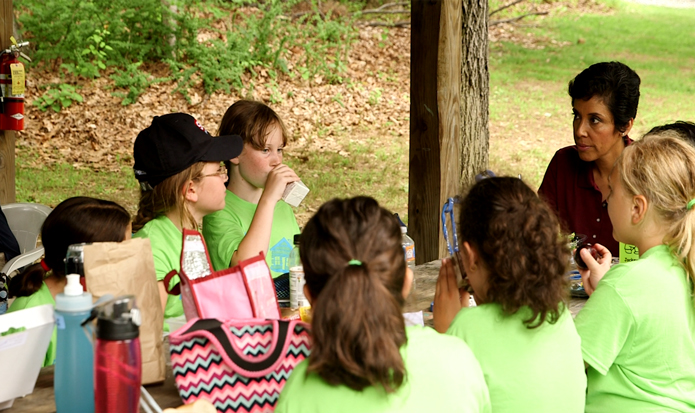 "I tell them every day, if you’re not doing one thing which you're scared about every day in your life, then you're not growing."

What's the one thing you do every day that helps you achieve your goals?

I often say, “feedback is a gift.” I make a concerted effort to put myself in situations that encourage people to give me feedback—from our staff town hall meetings at GSUSA headquarters in New York to hitting the road and speaking directly to young girls and volunteers all across the country. I hope that by doing this, I am setting an example and encouraging others to always be ready and eager to both learn and change.

I listen to our nearly two million Girl Scouts. They are all my boss! I'm probably the only CEO in the United States that can say she reports to two million girls under the age of 18. They're the ones that wanted to expand our iconic cookie program online, because that's where they live. So we created Digital Cookie, a quantum leap forward for our Girl Scouts in learning more about safe digital entrepreneurship. 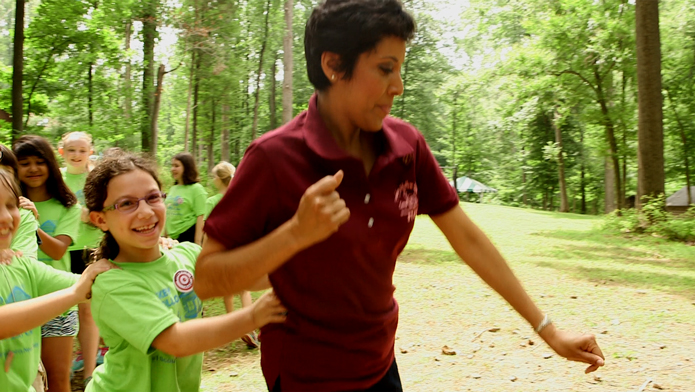 "I tell these girls to risk, fail, fail miserably. That's how experiments happen and that's how you get great solutions."

As the CEO of Girl Scouts, what I tell girls as often as I can is to dream big. You can't get there if you can't envision it. I tell girls to dream big and be fearless. Don't settle in life. We live in an incredible country with every conceivable opportunity. Set your sights on big things and then don't be afraid to pursue those big dreams. I also like to remind young people that Rome wasn't built in a day. Working in both federal and state government taught me the value of patience, and the reality that you must cultivate ideas, heed advice, solicit feedback, and understand that change comes slowly. If you believe in what you're doing, it will show; you will succeed; and you will bring people along with you.

After everything is said and done, what do you miss most about your childhood?

Being a Girl Scout! It was so fun, and I'm a lifetime member now, but going on those camping trips, spending time with my best friends, and learning new things provided me with the best memories and the happiest childhood. I also miss regular ice-cream breaks, so I make sure to indulge every now and then!

10
As told to Octavio Blanco