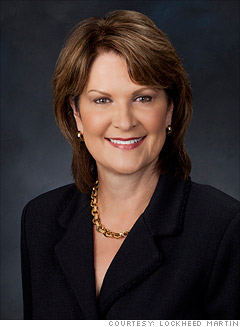 Hewson increased revenue and operating profit for her $14.4 billion division (Lockheeds largest) in 2010. She is following in some important footsteps. Electronic systems used to be run by Lockheed COO Chris Kubasik, who analysts say could be the next CEO.
Network with Lockheed Martin
From the October 17, 2011 issue
50 Most Powerful Women