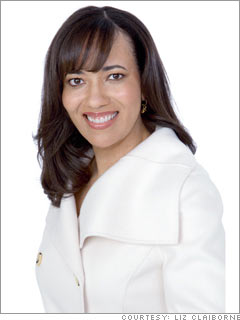 Pamela Thomas-Graham
Group President, Liz Claiborne
Let Them See You Sweat
About two months into my tenure as CEO of CNBC, I asked Jack Welch for some feedback on how I was doing. He said I was doing great in terms of outlining a strategy for the network and how we would succeed in a tough economic climate. But he said I needed to let my team "see me sweat." Having been a consultant at McKinsey for 10 years, I was highly analytical, very calm and collected. I was used to having a poker face and never letting anyone see me get rattled, no matter how tough the challenge. Jack's advice was to do the opposite. His point was that, particularly in times of rapid change, people need to visibly see the urgency and passion of their leader if they're going to fully engage. Being analytical and strategic is great, but to get a team motivated during tough times, you also have to show your passion - you have to break a sweat so they understand at an emotional level what's really at stake. It was a vital leadership lesson as I made the transition from consultant to general manager, and I'm using that learning now in trying to turn around the Liz Claiborne apparel business.