Standing in front of the childhood home of the man once deemed one of the most dangerous members of ISIS, it's the normalcy that's striking: an Ikea catalogue in the foyer, pink lamps, a well-kept lawn.

But Junaid Hussain, who lived with his family in Birmingham, England, before fleeing to Syria, was far from ordinary. On August 24, 2015, he would become the first hacker in history deemed dangerous enough to be killed in a drone strike.

His death -- by a U.S. drone -- would mark a new era of terror -- one where tweets are considered weapons and the battlefield has a new set of tools: Facebook, Twitter, WhatsApp.

Hussain wasn't killed because of his physical acts of violence, or even his hacking abilities. What made him dangerous was his status as a social media influencer, according to the authorities.

"He was one of the main individuals crowdsourcing terrorism, both to recruit people as foreign terrorist fighters but also to attack and kill where they live," according to John Carlin, former National Security Chief at the Department of Justice.

Hussain tweeted constantly and was readily available on the other end of the line for anyone curious. His tweets weren't just about ISIS -- he tweeted about his favorite music and encouraged anyone lonely or isolated to take action. He positioned ISIS as the ultimate anti-authority move.

Hussain's neighbors and classmates described him as curious and bright. As a young boy, he would climb through a hole in his backyard fence, determined to explore his neighbor's place. They also recall how he always loved computers -- which is how he was radicalized.

Hussain's closest friends also knew him as "TriCk." Most of them never met him in person, although they forged intimate relationships online. Hussain formed a hacking group called Team Poison and gained notoriety for taking on a high profile target: former Prime Minister Tony Blair. The group hacked one of Blair's aides and posted sensitive information. Hussain was arrested and spent six months in prison.

When he was released, he fled to Syria in 2013, where he used his online skills to build out cyber capabilities for ISIS. He became a fixture of the group's cyber strategy, giving it a voice and making it accessible to people who felt disenfranchised.

From behind a computer, Hussain became the ultimate storyteller for ISIS. His message to a growing audience: be a part of something larger.

"Don't play call of duty... be the call of duty," he tweeted to his thousands of followers.

"He was very charismatic," Nichols said, "His story was sexy to the kind of people that find that influencing. You don't have to be a front-to-back Koran reader to buy into that narrative."

Hussain was the ultimate propagandist, Nichols said, and was more subtle in his recruiting tactics.

"I think that was pretty much what made him [so] dangerous [was] the ability to tell a good narrative and be compelling," Nichols said.

What made that narrative different than other terrorist organizations was that it was inclusive. Nichols compares it to the hacker group Anonymous, where Hussain initially found belonging.

"[We say], 'You shouldn't join ISIS because they chop off heads,'" Nichols said, "And they go, 'Well, I shouldn't join the West because there's decades of history of you screwing us and you bombing our wedding parties from the sky.' From that perspective, which is the greater Satan there?"

With TriCk running social media, ISIS became more accessible than ever, and U.S. authorities started connecting Hussain to conspiracies to attack the United States. They also linked him to an attack in Garland, Texas, where a U.S. official said Hussain may have played a role in inspiring the gunman.

When Twitter would shut down Hussain's account, he'd log in under a new name. It was a game of whack-a-mole. Hussain also reached out to his followers on encrypted apps, becoming increasingly difficult to trace.

Government officials were forced to grapple with the new reality.

"It's the most complex terrorist threat we've faced, period. We've seen terrorist groups use social media platforms to bombard vulnerable populations, kids who may be on the fringe," Carlin said. "They just want to figure out a way to turn you into a human weapon."

According to Josh Corman, a security expert who followed Hussain's role in ISIS, the terrorist organization knew the value of his cyber skills.

"One of the more disturbing things I learned was that ISIS was paying dollar for dollar the same payroll for someone training combatants as they were for someone doing social media," said Corman. "That just shows you how important it is to them and how much they treasure and value the recruitment capabilities of web pages and social media."

The tipping point came after what seemed like a basic hack. Ardit Ferizi, a hacker from Kosovo, breached the server of a U.S. retail company and stole names and addresses of thousands of customers. Ferizi combed through the data to identify 1,300 government workers and handed the list over to Hussain, who used them to create a "kill list." He blasted it out on Twitter with the message "kill these people where they live."

"When you're in a place where you can't otherwise be captured and you pose an imminent threat to life, we're going to take actions for self defense," Carlin said.

It wasn't long after that the government made the decision to kill Hussain.

Hussain's neighbor, who asked not to be named, remembers the day his family learned about his death.

"It was horrendous. I know he'd done whatever he'd done, but I heard the grief next door, and I thought ‘Oh my god, he's dead. He must be dead.'"

“It wasn’t the mosque, it wasn’t his family. It was the computer," she said. “Other people locally have no sympathy. But it could be anybody’s son.”

Carlin says the game has changed as authorities face a new challenge -- sorting through the people online who talk about violent extremism and those who actually plan to commit acts of terror.

"They have to pick out who's just curious, who's on the road but not there yet, and who's about to go outside the door with a knife or a gun and kill their neighbors," he said.

It's a problem that gets harder in a digital age where there's much less time to intervene.

"If you think about a stick of dynamite and you light the fuse, it used to be there was a long time down that wire before the dynamite goes boom," Carlin said. "Now, with these young and unstable individuals, it may be a very short flash, so you have a very limited window of time to figure out who that is and take action." 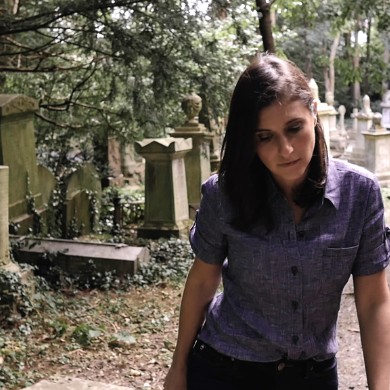 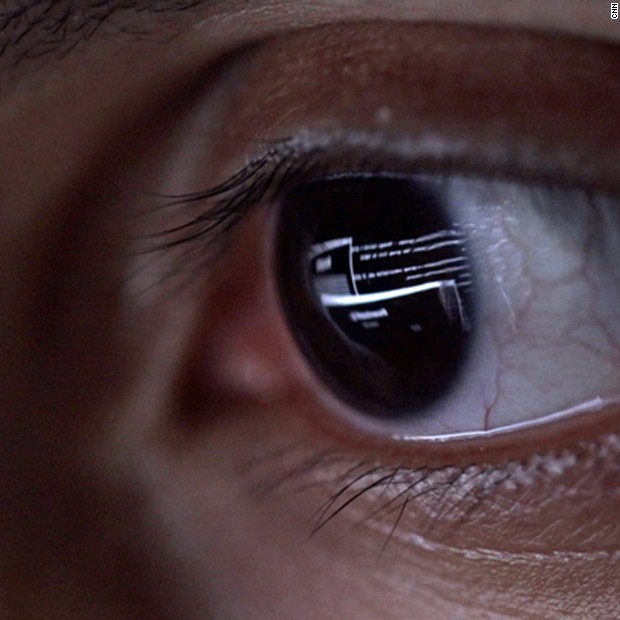 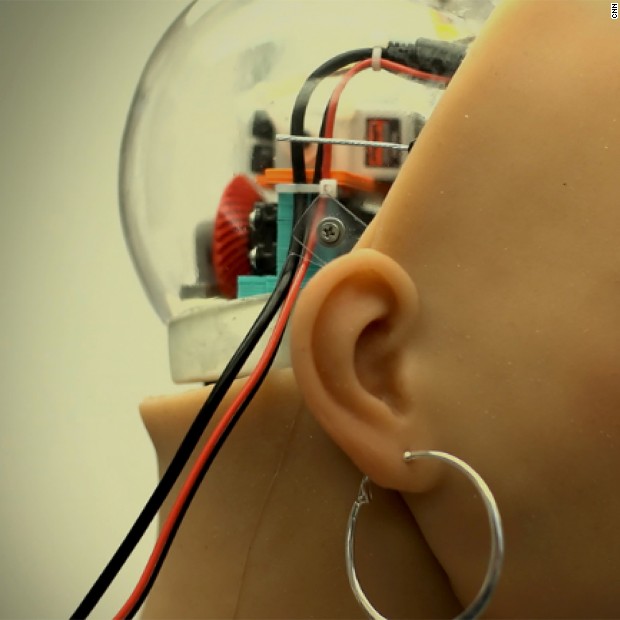 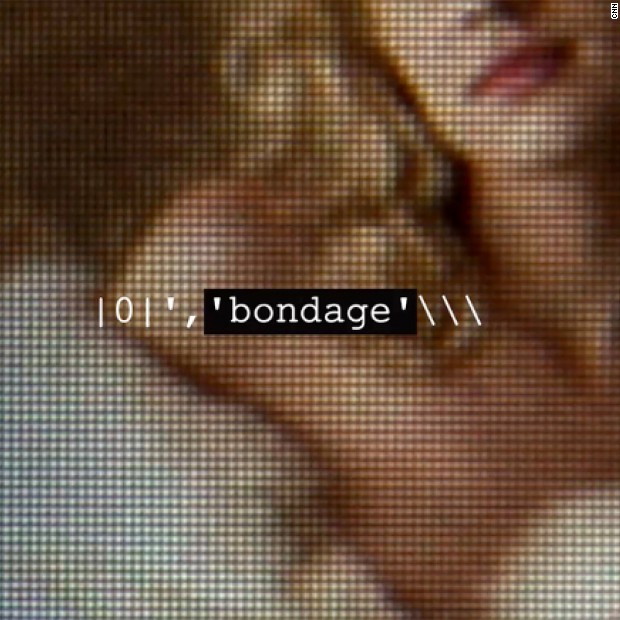 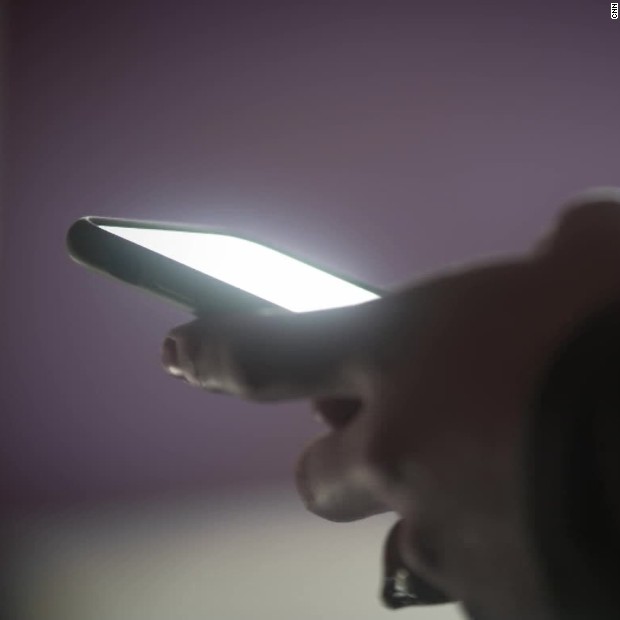