The medina market
The tale of two Americans who sell and rent classic properties in Morocco. Photographs by Sean Gilligan.
View photos
The new rules of real estate 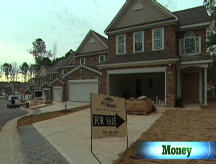 The heavily laden donkeys don't help. Nor do the boys playing pickup soccer games, or the shopkeepers who spread their wares in the cobbled alleys of the medieval walled city.

But what slows you down the most is that Kellar and Smith seem to know everyone. Just a few minutes into our walk, they've already greeted half-a-dozen merchants, their banker, and one of their property managers. Each encounter requires hearty exchanges in Arabic and in some cases kisses planted on the other man's cheek, in true Moroccan style. It may not look like it, but the pair are hard at work.

"Fes Properties," says Kellar, "wouldn't work without our having the local language - and local relationships."

It's a cliché to say that business hinges on relationships, but they're priceless in the Arab world, particularly in close-knit communities such as the Fez medina. So it's all the more remarkable that Smith, 32, a burly, blue-eyed business graduate from Nebraska, and Kellar, 35, a former actuary from North Carolina, have penetrated the medina's byzantine property market.

Fes Properties ("Fes" is an alternate spelling of "Fez"), the medina's first foreign-owned real estate firm, specializes in selling and renting traditional Fez townhouses, or riads, to American and European clients. Before the duo started the business three years ago, the local property market was dominated by local brokers. Their designation, simsar, means "agents of poison" in Fez dialect. As the name suggests, real estate brokers are viewed with disdain in Fez: Professional training is nonexistent, and trade ethics vary widely. Barriers to entry are low: Simsars range from well-established agents to the local vegetable seller with a tip that a widower on his street wants to sell.

Tea and technology in Paris

Foreigners shopping for property frequently meet nasty surprises: Morocco must be one of the few markets on the planet where sellers tend to bargain up, starting with low sell prices that they increase as negotiations proceed.

"I kept hearing stories of Americans getting ripped off," said Kellar. "I met a guy last night who assumed he was buying a whole house. Turns out he only got the top story."

Enter Fes Properties, dedicated to providing "a cultural bridge between Eastern sellers and Western buyers," according to its brochure. The partners spend a great deal of time explaining Moroccan culture to Western clients. Kellar's PDA, for example, is programmed to translate dates between the Muslim and Christian calendars.

Nevertheless, much can be lost in translation. One British client walked out of a closing after mistaking a characteristically animated Arabic chat between sellers for a fight. That deal fell through, but the business is growing quickly from a small base, say the partners. Their combined net income has yet to break six figures, but they enjoy a comfortable lifestyle, thanks to Morocco's low cost of living and the absence of corporate pressures.

Several other Western property firms have followed Fes Properties into the local market. Century 21 set up shop last year, complete with glossy brochures, computerized window displays, and plans for two more Fez branches. Some riads have doubled in value over the past few years, but prices are still reasonable compared with Europe and even go-go Marrakesh. Today unrestored riads start at around $40,000, but restored ones can easily fetch $650,000.

As rising prices squeeze European second-home buyers out of Italy and Spain, sunny Morocco is suddenly on the international property map. King Mohammed VI has made tourism a pillar of the economy. Government goals include creating six new seaside resorts and increasing annual tourist traffic from eight million this year to ten million by 2010. Mick Jagger owns a house in Marrakesh, and Virgin founder Richard Branson runs a boutique hotel there.

But Fez lies farther off the beaten path. There's less pollution and less hassle for tourists. The Fez medina - one of the largest medieval Arab cities still standing - is a no-go area for cars.

Banani Idriss, a longtime simsar, argues that foreign interest in the medina bodes well for its preservation.

"They may have increased the prices," he concedes, sitting in his medina cubbyhole with a few rusty keys hanging on the wall. "But they keep the traditions."

Morocco has long drawn American visitors, from expatriate writers such as Paul Bowles to Getty heirs, Jimi Hendrix, and countless cannabis-addled hippies. But Kellar and Smith are businessmen, not bohemians. Saturdays bring basketball games; Sundays, church. Smith started out in Fez in 2004, studying Arabic and working at an American-owned travel firm in the city. Kellar arrived with his wife and baby son in 2003. He worked as a tour guide and then spent a year studying Arabic.

"It was like a gold rush," Kellar recalls. "We were actually discouraging buyers who arrived with expectations of buying palaces for nothing."

Chief among the challenges: mediating between Western and Moroccan business cultures. Common scenario: Kellar and Smith would be briefing European house hunters in their tiny office. Suddenly an eager Moroccan seller would walk in. Adhering to the spontaneous business culture of the medina, he'd want Kellar and Smith's immediate and undivided attention for his house down the street. That rarely went down well with European clients who'd booked appointments weeks in advance.

The frenzy wore them down. "We weren't smart enough to know not to treat every client like a Donald Trump," Kellar says. "Half the time they just wanted free tours of Fez."

To work smarter, Kellar and Smith decided to focus more on property development. They're currently working with two hotel chains keen to set up in Fez, a British couple interested in starting an eco-hotel, and developers who want to build 20 villas with pools outside Fez, in the mold of highly successful developments near Marrakesh.

"We've learned the value of maintaining a limited clientele base," says Kellar.

On the job, Kellar and Smith seem more like anthropologists than property brokers. They invest time parsing kinship networks and tracking local gossip while remaining sensitive to the etiquette of Fez, a formal and stratified culture that Kellar recognizes from his upbringing in the South.

At a stunning 18th-century property that they're renovating for a longtime client, the partners stand in a tiled and cedar-paneled courtyard, avidly discussing wall cracks with their structural engineer, Zina. Kellar falls silent as the foreign-educated Zina, chic in stiletto heels and jeans, talks shop with a plaster-dusted workman.

"Watch how she's deferring to him, being so polite, asking to talk to the 'expert,'" he notes, sotto voce. "She can't come in with her guns blazing - they're going to have to work together for a long time."

Closing property deals requires the skills of a shuttle diplomat. Most medina houses have multiple owners from extended families. All must agree to sell and then appear in person to sign the contract. When far-flung siblings, cousins, and (sometimes) multiple wives all own slivers of a property, drama is more the rule than the exception.

In one case all 21 owners of a house had agreed to sell, save for one cousin who was nowhere to be found. The deal stalled for months while the other owners tracked him down. Kellar and Smith often deal with poor relatives who are desperate to sell, only to be foiled by rich relatives who wish to hold out for a higher price. Feuding family members sometimes refuse even to stand in the same room during contract signing.

"It's hairy," says Kellar. "Sometimes I feel like a family therapist."

First Published: June 4, 2008: 10:02 AM EDT
What do you think about Fez Properties and its bridging of cultures? Join the discussion.

So you want to expand globally ...

Turning your cell phone into a wallet
To write a note to the editor about this article, click here.