Thanks to lax checks by the SBA, millions of dollars in government contracts intended for businesses in developing neighborhoods have gone instead to companies improperly participating in the HUBZone program. 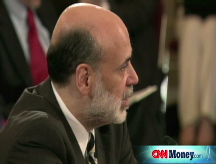 More Videos
Can Sandy Baruah save the SBA?

President Bush's pick to lead the SBA wins praise for his management style, but has little small-business experience. With less than a year until a new administration takes over Washington, can Baruah make a dent in the SBA's myriad problems?More
Weeding out bad employees 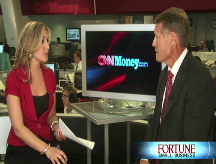 Diversified dollars: 7 corporate programs
The federal government aims at spend 23% of its procurement dollars with small businesses. Private-sector enterprises have their own earmarking programs; here's a look at efforts at seven major companies.
View photos

(Fortune Small Business) -- By inadequately vetting participants in its HUBZone set-aside program, the Small Business Administration has mistakenly placed more than $20 million in government contracts in the hands of undeserving businesses, according to a recent Government Accountability Office report spotlighted in a hearing last week by the House Committee on Small Business.

The HUBZone (Historically Underutilized Business Zones) program was created in 1998 to help small firms with principle offices in economically distressed areas gain access to government contracts. For some time, the House Committee on Small Business has questioned the competence of the program, which manages more than 13,000 firms. To help evaluate the effectiveness of the HUBZone's processes and procedures, the federal committee enlisted the help of the GAO, an independent auditing agency that examines whether federal funds are being spent effectively.

The GAO found that of the 17 HUBZone businesses it chose to examine in the Washington, D.C., area, 10 did not qualify to be a part of the program. Some of the fraudulent companies listed principle addresses in HUBZone areas, but were actually running their operations from offices elsewhere in the region. Other firms that were based in qualifying counties did not employ 35% of their staff from the community, another requirement for HUBZone status.

Since 2006, these 10 fraudulent companies have collected $24 million in HUBZone set-aside contracts; the GAO estimates they won upwards of $80 million more in additional primary contracts because of their erroneous HUBZone certifications.

Additionally, the GAO's report found that the map being used to identify HUBZone districts was out of date: the SBA's acting administrator, Jovita Carranza, acknowledged during the House hearing that the map had not been updated for more than 18 months. It incorrectly included 50 metro counties and left off 27 regions that should have been dubbed HUBZones.

The GAO also conducted a covert investigation of the program's process for certifying and monitoring participating firms. Between February and June of this year, the GAO submitted HUBZone certification applications for four fabricated businesses.

The SBA swallowed the bait. All four fake companies were accepted into the HUBZone program. The SBA only requested additional documentation from one of the companies, which the GAO simply dummied up and faxed over. No further checks were performed on them.

Over the course of six months, the SBA never made a site visit to any of the bogus companies. Had they, the agency would have discovered that although located in HUBZone areas, none of the addresses listed for the four businesses were functional workplaces: two of the addresses were for rented mailboxes, one was for a space the GAO leased but never occupied, and the fourth was a Starbucks.

"It appears the SBA did nothing to evaluate any of the information we provided [in the applications]," said Gregory Kutz, managing director of the GAO's Forensics Audits and Special Investigations, during a Congressional hearing held Thursday.

That's general policy, the GAO found. Of the 125 HUBZone applications submitted in September 2007, the SBA requested additional documentation for 36% and only made one site visit, according to the GAO's report.

Entrepreneur Gail Warrior-Lawrence was appalled to hear of the SBA's HUBZone laxness. Warrior-Lawrence withdrew her modular construction company, Warrior Group, from the HUBZone program in 2004 because she was employing too few area residents to qualify for the certification a fourth year. "As a small-business owner who voluntarily got out of the HUBZone program because we didn't meet the criteria, that really ticks me off," she said.

Her DeSoto, Texas, company made $42 million in 2007, 90% of which came from government contracts. "We are trying to grow our business and do it in the right way, and here you have an organization that hasn't done its due diligence to make sure that companies qualify," Warrior-Lawrence said. "I could be competing against a HUBZone company that really doesn't qualify."

"Now that the problems have been identified, [the SBA] can put forth the effort to fix their issues," Smith said.

The SBA has released a list of steps it plans to take to tighten up the HUBZone program, which includes adding additional staffers to track compliance and clear the agency's certification backlog, mandating more site visits by agency personnel, tightening penalties for fraudulent participants (the SBA has added a new suspension and debarment official), and updating the HUBZone map by the end of August.

But Congressional overseers are skeptical about whether the agency will follow through with its plans.

During last week's hearing, Nydia Velázquez, chairwoman of the House Committee on Small Business, pointed out that four times prior, SBA officials had pledged to Congress that the HUBZone program was fraud-free, or that SBA officials were addressing accusations of fraud.

"We have heard this before and clearly nothing has changed," Velázquez chairwoman said after the SBA's Carranza assured her that the SBA would implement the GAO's recommendations. "How is today any different?"

Velázquez also expressed concern that the SBA's plans to revamp the HUBZone program will be too costly for an organization that has had its budget slashed 40% over the past eight years. The SBA has yet to determine the total cost of its intended fixes, but the contract to recertify the HUBZone map and keep it up to date will cost $30,000.

Will the SBA be able to fix the program? "Probably not" is entrepreneur Warrior-Lawrence's assessment. Although Warrior-Lawrence is grateful to the SBA for giving her the support she needed to get Warrior Group off of the ground nine years ago, she says that recent budget cuts have resulted in a smaller, more overworked staff at her local SBA office in Fort Worth.

"I hope there really is a serious effort to change the way the program is handled, but I don't think [the SBA] has enough money or the manpower to run it the way it should be run," Warrior-Lawrence said.

The saga of the SBA and set-asides

Are women still 'disadvantaged'?: The SBA says yes, but only in four industries - including kitchen-cabinet making.