Obama's pick for the Small Business Administration's new administrator, Karen Mills, has been both a business owner and a venture capitalist. 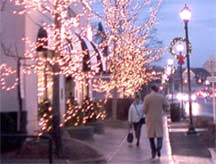 (CNNMoney.com) -- Entrepreneur and venture capitalist Karen Mills has been chosen by President-elect Obama to head the Small Business Administration.

Mills is currently president of MMP Group in Brunswick, Maine. She, with two other partners, founded Solera Capital, a New York-based venture capital firm. Her appointment will be subject to confirmation by the Senate.

At a press conference on Friday introducing Mills and several other members of his economic team, Obama emphasized that to get the economy back on track, it is essential to strengthen the nation's Main Street backbone, its small businesses.

"With Karen Mills at the helm, America's small businesses will have a partner in Washington to create jobs and spur growth," Obama said. "As a venture capitalist who invests in small businesses, Karen understands the challenges faced by both small business owners and the workers they employ."

Mills said that she looks forward to working with the Obama administration to support American entrepreneurship.

"Small business is at the heart of the economy. They create 70% of the new jobs each quarter," she said, adding that support for both the mom-and-pop shops on Main Street and for high-tech startups in fields such as green energy are critical for America to stay competitive.

"President-elect Obama's decision to name an SBA administrator so early in the transition is a good sign for small businesses," she said. "This appointment shows that his economic team recognizes the key role that small firms play in job creation and the need to take quick steps to revitalize the agency's role in spurring growth."

Velázquez emphasized that Mills has her work cut out for her. "Through budgets cuts and mismanagement during the last eight years, the SBA has become nothing more than a shell of the agency it used to be," she said, adding that it is essential for the new SBA leader to reverse this course.

Mills currently serves as chairwoman of the Governor's Council on Competitiveness and the Economy for the state of Maine, which was created in November 2007. In that role, she worked with the council to attract federal investment in rural and regional development initiatives. Mills has also recently had a role in big business: She is currently serving as the lead independent director of Scotts Miracle-Gro (SMG) company.

"Karen is a very smart woman," said David Farmer, deputy chief of staff for Maine Governor John Baldacci. "In her role as chair, she played integral part in supporting economic development and small business growth. She was crucial in the efforts put forth two years ago to pass an investment bond for research and development around economic clusters for a composite of industries. She is dedicated to public service, and is a national voice on small businesses and emerging enterprises."

Mills has deep ties to Maine. Her husband Barry has served as president of Bowdoin College in Brunswick since 2001. Together, they have three sons.

Mills is the third woman this week, and the second from Maine, to be named to a small business advocacy position in Washington. The Senate Committee on Small Business and Entrepreneurship announced Senator Mary Landrieu, D-La., as its incoming chair. Olympia Snowe, R-Maine, will be its ranking member.

"Building and growing a small business is a defining tradition in America," Mills said at the press conference. "This is legacy I'm proud to be a part of and promote for our future."

Small Biz State of the Union

Credit squeeze: SBA loans drop 30%
To write a note to the editor about this article, click here.