Shoddy accounting in the heady start-up days can imperil a company later on. 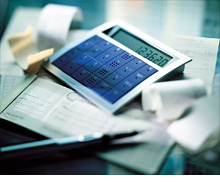 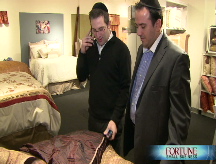 (Fortune Small Business) -- Every business goes through three stages: start up, throw up and grow up. Right now, with the economy as bad as I've seen it, many entrepreneurs in this country are experiencing stage two.

The first stage is exciting: the big idea, the perfect name, the projections of vast wealth. This is a heady time, filled with creativity, ambition, exhilaration and courage. Often, it's also full of false confidence, ignorance and naď vet.

At some point, things change. Projections aren't met, costs exceed expectations, cash becomes an endangered species, the perfect employee turns out alcoholic or incompetent or both, the competition is more clued in than you'd thought, and "I'll make my own hours" turns into all waking hours. This is the throw-up stage, where passion meets math.

For many startups, the throw-up stage arrives in just a few months. But it can also take years. Factors that can mask underlying weakness include a vibrant economy, a great product, an exploding market and a lack of competition.

These days, of course, we are not enjoying a vibrant economy. One consequence is that many entrepreneurs find themselves confronting serious issues that should have been resolved years ago. These issues often involve accounting.

A friend of mine runs a business in Ohio selling computer systems that can cost anywhere from $50,000 to $1 million. (Some of these details have been altered to protect his privacy.) His sales grew for 10 years, but then the credit crisis hit and the economy weakened. He stayed above water for a while - until he ran into a serious problem that prompted him to consult me: My friend realized that he had no cash. None. He had used up the credit lines on both his business and his house. And because he was more than 90 days late paying most of his vendors, they were demanding cash on delivery. That meant he couldn't buy the materials he needed to finish jobs and bring in cash. He's been queasy for some time now.

I asked to see his financials. They listed several hundred thousand dollars in receivables, which seemed to offer a clear solution: Collect the receivables! He can't do that, however, because the work hasn't been done yet. Turns out the receivables aren't really receivables - they should have been listed as booked orders. If that distinction sounds like accounting gibberish, you're missing the point. My friend was recording his customers' advance deposits as sales. For years the books said he was profitable, when his accounting methods were actually enhancing his profits or even masking operating losses. As a result, he never made the necessary adjustments that might have saved him when things got bad. My friend was running something like a Ponzi scheme, except that he was conning himself instead of clients.

The game came to an abrupt halt when new business slowed and the deposits no longer exceeded the losses. Although his balance sheet now shows some equity, the reality is that he'll be down hundreds of thousands of dollars once those sales are no longer listed as assets. That's pretty basic accounting. And yet mistakes like this are quite common. During the electrifying startup phase, many owners don't even think about accounting procedures. They assume their accounting firm is on the case. But many hired accountants simply fill out quarterly tax returns without scrutinizing the underlying business. Most businesses need more help than that.

Back to my throw-up story. Needless to say, my friend is panicky. He has a little money he put aside for his kid's college fund, and he doesn't want to lose it. He can't find an investor. He's thinking of trying to find a buyer, but there are no obvious suitors. He consulted a bankruptcy attorney, who gave him some hope. His creditors probably won't want to put him out of business. It's in their interest to help keep him going. But there will be tough choices. This is the final stage of business: the grow-up stage. It's time to fix or flee.

So those are my friend's choices. He can conclude that the game is over and cut his losses. Or he can keep going, which is risky: There's a fine line between gutsy and delusional.

I've started six businesses in my career; I now have three. Owning a business isn't easy. Some people can't handle it or don't want to handle it, and they're happier doing something else. And then there are the entrepreneurs who correct their mistakes and push on. They tell themselves, "I've learned my lessons. I can fix this. I will fix this!"

These are the folks who tend to crack open the college fund. That's not always wise, but it's hard to be half an entrepreneur.

Jay Goltz employs 120 people at Artists Frame Service, Chicago Art Source and Jayson Home & Garden, all based in Chicago. He is the author of The Street-Smart Entrepreneur (Addicus Books).


Surviving the recession: One entrepreneur's playbook