Auditors crack down on 'independent contractors' 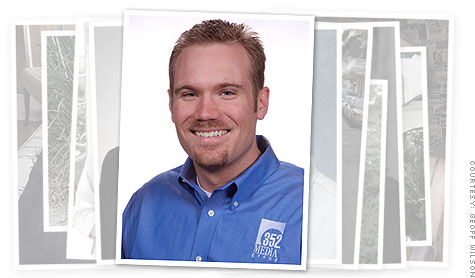 (CNNMoney.com) -- If your business uses independent contractors, get ready for new scrutiny. Hoping to boost tax revenue, the IRS and many state governments are cracking down on how companies classify their workers.

When employers report wages for independent contractors on IRS form 1099, rather than a W-2, they aren't required to pay unemployment insurance, worker's compensation insurance or payroll taxes for them. But the rules governing which workers are genuinely "independent" are strict -- and often flouted.

The Internal Revenue Service launched a program last month that will randomly examine 6,000 companies over the next three years for employee misclassifications. The federal government estimates it will raise $7 billion over the next 10 through tighter enforcement.

The IRS audit program is just the beginning of what will be "a new era of compliance," says Gene Zaino, president and CEO of MBO Partners, a services firm that specializes in the independent contractor market. "Most states are now sharing data with the IRS, and many have set up task forces specifically [to address] misclassification. It used to be that if a business ran into trouble with a state labor department or with the IRS, the issue was isolated. Now, any kind of audit or compliance finding can set off a domino effect where the other agencies will get in on the action. "

Getting audited can be scary even for businesses that keep everything by-the-book. Chris Daly, co-owner of Kinespirit fitness studios in New York City, got an audit notice in January from the New York State Department of Taxation's Unemployment Insurance Division, which wanted to probe Kinespirit's use of contractors. Like more than 30 states, New York has run out of money in its unemployment compensation fund and is borrowing from the federal government to keep paying claims.

"We knew we were doing it right but that doesn't mean we weren't concerned," Daly says. "We understand the situation states are in; unemployment insurance is a needed tool, and we understand the need to fund that tool. And there are companies out there that don't want to fund their share."

Kinespirit classifies its managerial and administrative staff as employees and its fitness trainers and instructors as contractors. The audit process was exhaustive, but the company emerged clean.

Following the rules: So what's the correct definition of an independent contractor? It depends on who you ask.

Some business advisors say a true independent contractor is employed by a separate corporation or legal entity, either one they own or a third-party firm. That rules out freelancers who don't formally set up a business structure to house their 1099 income.

But hewing to that definition didn't work for Mega Builders, a Chicago-area construction company that got hit with a $328,500 state fine in December on the grounds that it had misclassified 18 of its employees as independent contractors. The company allegedly forced its workers to incorporate, even though they didn't operate bona-fide businesses, says Jeffrey Risch, an attorney familiar with the case and a partner at the St. Charles, Ill., firm SmithAmundsen.

In his audit, Daly says the state examiners seemed most interested in whether his so-called independent contractors were able to control their own schedules and the manner in which they perform their work.

But for 352 Media Group, a Gainesville, Fla.-based Web development firm that recently reorganized the way it handles independent contractors in order to ensure compliance, one of the important issues was where the work is completed and who owns the equipment used.

"We used to have contractors working in our office on regular schedules and using our equipment, which was cause for concern," says Geoff Wilson, 352's president and CEO. "Thankfully, when we hired a new HR director, she discovered this problem and worked with our contractors to either convert them to employees or make sure they were doing the proper things to maintain their contractor status." That included using their own equipment, working out of their own home or office and taking on jobs for other clients.

While the IRS publishes guidelines for determining worker classification, the IRS factors are "similar, but not identical, to tests relied upon by other agencies, such as worker compensation and unemployment insurance agencies," says Susan Bishop, attorney at Campbell, Calif.-based Pratt & Associates. "Factors from all applicable agencies should be considered when making a decision."

If you're not sure whether your independent contractors are properly classified, review the appropriate guidelines from your state and the IRS, or -- better still -- consult a local tax attorney or accountant to help you sort it out. You can request a determination by the IRS by filing Form SS-8, Bishop notes. Third-party firms like MBO Partners also advise employers on contractor issues for negligible fees.

Like Mega Builders, firms that are audited and found to be incompliant can face steep fees. The best course of action is to examine your worker classifications now, before a government entity gets involved.

To write a note to the editor about this article, click here.
Freelancers: How to not screw up your taxes

Rat out a tax cheat, collect a reward

Help Desk
Track testing tires to find the best
Find out how TireRack tests and reviews tires and why choosing the right ones for your car is so important. Play
Sections