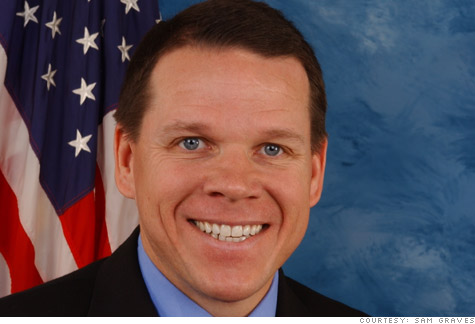 NEW YORK (CNNMoney) -- Even as the Obama administration is promoting small business as key to the U.S.'s economic recovery, Congress is reviewing Small Business Administration programs with an eye toward cutbacks.

Both the House and Senate committees on small business plan to comb through SBA programs looking for inefficiencies, although no specific items are on the chopping block yet, lawmakers said.

Congress ultimately decides how much money the SBA -- which supports small business through loan guarantees, counseling help, and other assistance -- gets each year.

The Senate will review the effectiveness of SBA programs, including possibly "eliminating duplicative, ineffective, or redundant" ones, said Sens. Mary Landrieu, chairwoman of the small business committee, and Olympia Snowe, a ranking member, in a letter to SBA Administrator Karen Mills.

The letter asked the agency to reply by Feb. 10 with programs that could be eliminated or "substantially reduced" without hurting the SBA's ability to "serve the needs of small business owners."

The SBA said it wouldn't comment until it replies to the committee.

Similarly, the House committee plans to review all the SBA's programs to eliminate redundancy and waste, said Rep. Sam Graves, its chairman.

"Cuts are definitely on the table, but not yet," said a committee spokeswoman in an e-mail. "We all are focused on bringing down the deficit and stopping the spending spree in Washington."

The House committee's oversight plan, a two-year agenda, lists several areas it may consider for cuts.

On the list is a loan program that lets businesses get SBA-backed loans of $250,000 or less more quickly and with less paperwork than larger SBA loans require. A related program that targets small business loans for veterans and membres of the military community is also listed.

The committee is also looking at various policy offices, such as one that promotes small business exports and another that helps Native American entreprneuers, as well as regional SBA staffing nationwide.

Nevertheless, "there is nothing out there that I have a grudge against or I have a problem with," said Graves, a Republican from Missouri. But "there are programs that don't work," he added. "To keep something around just because it is already on the books I think is wrong."

All the same, spending has become a dirty word in Washington, and Congress is looking to cut budgets across the board. In his State of the Union speech, President Obama said he would freeze domestic spending to help address the growing deficit, but details of his 2012 budget proposal remain to be seen.

Meg Reilly, a spokeswoman for the Office of Management and Budget, said she couldn't comment on how much money would be slated for the SBA until the official numbers are released later this month.

"As the President has said, there will be some tough choices that will have to be made in order to put the country on sound fiscal footing, which is critical to long-term economic growth and making the U.S. competitive in the world economy," said Reilly.