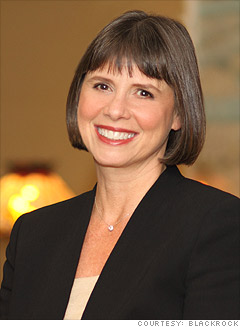 Over the past year, the BlackRock co-founder orchestrated the sales of Bank of Americas stake in the company, as well as a portion of PNCs position. She also spearheaded the end-of-2009 acquisition of Barclays Global Investors, which was a major contributor in more than doubling profits.
Network with BlackRock
From the October 17, 2011 issue
50 Most Powerful Women