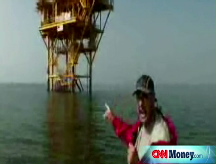 A hurricane threatens to halt much of the Gulf of Mexico's oil production, which could send crude and gas prices back up near mid-summer levels.More
Gustav's impact on oil 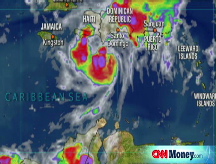 But this time, there's a big difference: Many local companies have become textbook examples of how to be prepared.

"A lot of things that happened during Katrina were beyond our control, but after the storm we did some things to make sure we'd be ready the next time," said Iggie Perrin, president of Southern Electronics Supply Inc..

The company, which sells video, audio and communications equipment and hardware, has 45 employees in three locations, in New Orleans, Baton Rouge, and Dallas.

Southern Electronics struggled to recover after the flood in 2005 deposited four feet of water on its headquarters' floor and left it there for two weeks. Katrina's winds and rain damaged the building's roof and façade - and then, looters broke in and carted off some $250,000 worth of inventory.

The company's most important assets, its employees, fled the city well before the disaster struck, and they likely will again if Gustav continues on its forecast trajectory toward the Louisiana coast. But Perrin said he does not expect to face the chaotic post-storm conditions that Katrina produced. This time around, Southern Electronics has emergency preparations in place.

"Our first step was to gather contact information from our employees, as to how and where they can be reached once they evacuate," Perrin said. Company executives made sure employees had the same information for the management team.

Together, managers and staffers decided that certain employees, including those in purchasing, will temporarily relocate to the company's Dallas office if an evacuation order is given. Accounts receivable and corporate management will ride out the storm and continue operating in the Baton Rouge office. When staff evacuate, they will take with them computer terminals, printers, telephones and even a postage machine, along with such supplies as sales tickets, checks, and envelopes for both invoices and payables.

"We entered phase 2 of our preparations today," Perrin said on Thursday. "We started preparing the building for a hurricane, moving things off the floor, taking important records from the first to the second floor, and making sure anything outside that can be secured is secured."

"After Katrina came, we had two publications at the printer. They were printing them and wanted to be paid for them, but our advertisers weren't going to pay us for magazines that couldn't go anywhere," Matherne said.

This time, Matherne has put his printing on hold until Gustav's impact becomes clear. "I don't want 50,000 copies of something that's going to have to sit," he said. "We want to make sure we have the distribution channels to get them out."

Renaissance, too, collected and shared contact information for its 30 employees to be sure that all are reachable as they scatter to relatives' or friends' abodes, if an evacuation becomes necessary. The company also did an early payroll: After Katrina, the pay schedules of many local businesses were interrupted, and some employees went unpaid at a time when they most needed the money.

"We processed payroll to get everybody paid this Friday," Matherne said.

Renaissance staff will carry off their laptops and even some desktop computers when they flee the city this time. Another lesson some owners learned the hard way: "We're leaving with our insurance policies in hand," Matherne said.

At Southern Electronics, Perrin prepared a "critical information box" containing key IT and business information and contacts, including the company's insurance agency contact and policy details. After Katrina, the company waited weeks for a copy of its insurance policy, slowing its recovery operations.

Payroll and other employee concerns were at the top of Ralph Brennan's hurricane preparation list as well.

iReport: Your Gustav stories and video

Brennan, the well-known owner of three fine-dining restaurants in New Orleans, said the difficulty of tracking down and contacting workers after Katrina was one of many nightmares for his management team. And for employees, not having access to their paychecks was a headache.

"We found it very difficult to communicate with our staff after Katrina because cell phones with the 504 area code didn't work very well," Brennan recalled. "We had people out there and we couldn't find them."

The solution: The company collected cell phone numbers and alternate contact information from employees, got cell phones with non-504 area codes for managers, and then set up a phone "tree" that puts each manager in charge of staying in touch with certain employees.

In addition, the restaurant group set up a Web site employees can access to receive messages or communicate with the company. Earlier this summer, employees received a pocket-size card that carries all the information they might need regarding their health insurance and other benefits.

Recognizing that the storm likely would disrupt the regular two-week payroll schedule, Brennan also processed paychecks early: "We went ahead and did a one-week payroll so we could get money into people's hands in case they need it. ... We just tried to think of everything."

As business owners finish battening down the hatches on their offices and storefronts, some of their most vital preparations are the ones made in advance.

Renaissance Publishing's Matherne moved copies of his company's key IT data out of the city after Katrina. "All of our circulation, subscription and advertising lists now are stored at an offsite data center by a company that has dual backup in other markets," he said. "That has helped tremendously. Now we don't have to worry about a flood ruining our servers and wiping everything out."

Southern Electronics has taken some additional physical safeguards against the theft it faced after Katrina: its building now has heavier glass windows and other added security measures. But Perrin is resigned to letting Gustav - and whatever comes in its wake - blow through, and then focusing on recuperation.

"The reality is, if people want to get in, they can get in," he said. "That's what your insurance is for. If that happens again, it's covered."

Have you been affected by hurricanes? Join the discussion.

Inventor's device helps save his own flooded neighborhood