A House committee hearing on the help small businesses need to survive the credit crunch offers many suggestions, but little indication of quick action.

Small biz credit crunch: In their own words
As banks clamp down on lending, companies are struggling to survive. Entrepreneurs around the U.S. wrote in to tell us how they're weathering the turmoil.
View photos
Surviving tough financial times 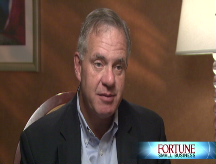 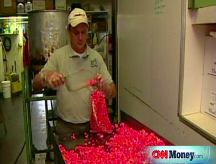 Small biz sounds off
Health care and taxes are two of the top issues small business owners want the new president to tackle. Read on for the full results of our poll.
View poll results

NEW YORK (CNNMoney.com) -- Riemeier Lumber weathered every economic crisis since 1925, including the Great Depression, but it isn't surviving the latest one. The Cincinnati building materials company will shut its doors November 6, laying off more than 100 employees.

Riemeier expanded its operations just before the bottom fell out of the housing market. As the company bled cash, its bank advised it to seek loans elsewhere, but owner Thomas Franke couldn't find any willing lenders. On Tuesday, he traveled to Washington to share the story of his company's collapse with the House Small Business Committee.

"For a business that has been in existence for over 70 years and survived the Great Depression to be closing its doors after all these years is very telling about the challenges facing entrepreneurs," said Nydia Velázquez, D-N.Y., chair of the committee. "It's time to provide small businesses with targeted assistance that will allow them to keep their doors open and help ensure a strong economy."

The committee's hearing aimed to give Congress suggestions about the relief small business owners need as they fight a sales downturn and a credit crunch. But a sharp disagreement among the witnesses called to testify illustrated how difficult it will be to clear away the obstacles in entrepreneurs' paths.

On one side of the table were small business owners and the Women's Chamber of Commerce. They relayed stories of getting turned down at banks for loans and credit lines, and staying afloat only through cash infusions from family, friends and credit cards with sky-high interest rates.

Their accounts contrasted sharply with that of American Banker's Association (ABA) representative Stephen Wilson. He testified that loan rates are dropping because of a decline in demand, and said most banks are prepared to meet customers' borrowing needs.

In Wilson's view, small business owners who can't secure loans are either looking in the wrong places or aren't credit-worthy. Community banks are ready and willing to lend, he said, but they're looking for more than a good credit score: They need compelling evidence that a business will generate enough cash to repay its loans.

"Giving a loan to someone who will fail doesn't make sense," said Wilson, who is CEO of LCNB National Bank in Lebanon, Ohio.

But the view from the trenches is that business owners aren't getting the service they need from banks, even local community ones. Countless owners have stories of being turned down for credit at banks they've been with for years, or of fruitlessly searching for financing for business plans that seem very solid. Meanwhile, government bailouts and emergency economic plans haven't yet helped struggling small companies like Riemeier Lumber.

"Members are angry that taxpayers are giving money to irresponsible big businesses," said Margot Dorfman, CEO of the Women's Chamber of Commerce. "Mortgages are being paid on Main Street."

Dorfman's proposed solution is looser standards for creditworthiness. "Not a good idea," Wilson retorted. "That's what got us in to trouble."

But witnesses at the House hearing did agree on one point: the SBA needs to step up its game. The SBA's flagship 7(a) and 504 programs insure banks against defaults on qualified small business loans. Increasing the percentage of the loans that the SBA guarantees and reducing or temporarily eliminating the fees lenders pay to participate would quickly induce more small business lending, witnesses said.

Witnesses were also critical of the SBA's diminished capacity. Budget cuts have ravaged the agency in the past few years, and it is frequently a target of criticism for its lax oversight. If the agency is to be an effective leader in addressing the economic crisis, it needs to be strengthened, Dorfman and others said.

With elections looming, quick action from Congress is unlikely. Still, Chairwoman Velázquez ended the hearing with an outline of the action that's needed, including "targeting tax incentives to small firms and tailoring federal lending programs" to address the ongoing credit crunch.

"Maintaining strong investment in the business community is critical to spurring new endeavors, which will create the new jobs our economy needs," she said.

First Published: October 29, 2008: 1:29 PM ET
How is your small business doing - and what should Washington do to help? Tell us about it.

Small biz credit crunch: In their own words

8 places to get cash when the bank says no

Obama's small biz rescue plan: The details
To write a note to the editor about this article, click here.