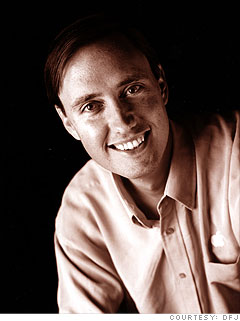 The venture capitalist's firm is an investor in Tesla. While he's "not a car guy" Jurvetson is fanatical about technologies that can disrupt industries and he believes that is what the Roadster represents. He's put solar panels on his home in Silicon Valley to charge his car - the only thing left in preparation for his green Roadster's arrival, he says, is a bumper sticker that reads: "Look Ma, No Tailpipe."