Detroit faces huge challenges but locals here say that they'll soldier on. From community gardens to tech start-ups, here's some of what's keeping the city going. 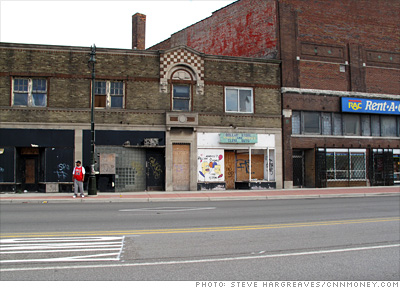 Things are bad in Detroit.

Unemployment within the city limits is nearly 30 percent. Since 1950 the population has been halved, and is now just 950,000. It's not just the flight to the suburbs seen during the last half of the 20th century - almost 40,000 have left in the last nine years alone.

Abandoned and shuttered buildings abound, like on this stretch of Michigan Avenue, some three miles southwest of downtown. Crime is a major problem as well. Detroit has one of the highest murder rates in the nation - and homicides are up 20% this year.