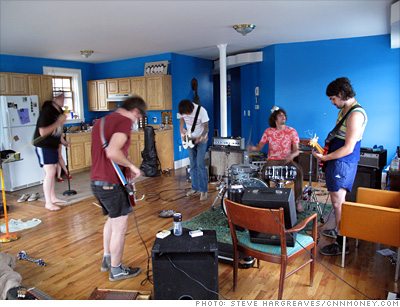 Detroit's cheap rent is one thing that attracts young artists.

Here, the Sugarcoats, a local band, practice in a loft in Corktown, an up-and-coming artsy neighborhood. Band members, who mostly grew up in the suburbs and now live in town, pay between $150 and $200 a month for a room in a house, rents unheard of in New York or Los Angeles.

Replica or not, city leaders hope a growing creative class in the inner city will encourage other young, educated people to stay in Detroit rather than move to larger cities on the coasts.

NEXT: Keeping it local