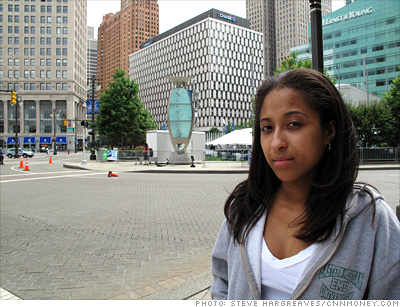 Tatiana Grant is also the kind of person the city wants to keep.

At 24, Grant runs her own public relations firm and volunteers her time to promote downtown businesses and events.

"There were so many negative things in the news about this city," she says. "And then I just found this group of volunteer individuals working their tails off to see something positive going on."

She's trying to bring business to the city and in fact has already tried, twice, to open a Chick-fil-A franchise in town (she says the company just doesn't have plans to expand as far north as Michigan yet). She also wants to start an online company that helps busy people plan their night on the town.