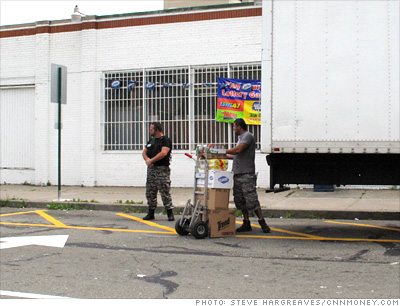 The current recession and the upheaval in the auto industry have been particularly tough. The city is facing an acute shortage of food.

Here in one of the city's more rundown sections, food deliveries are protected by guards in military style fatigues. Behind the building lies an encampment of dozens of homeless people.

But hunger is also appearing in neighborhoods that have never seen these problems before. The United Way, which helps communities in crisis, says calls to its helpline have tripled in the last year.

NEXT: Grow your own