It's definitely not in the U.S. or Europe, but in some corners of the world, economies are surprisingly strong. 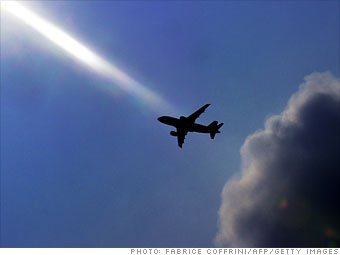 At a time of high unemployment and uncertainty in the U.S., huge government deficits in parts of Europe, and slowing growth in China, are any countries around the world actually doing well?

By certain measures, the global recession that started in 2008 is over. But it hasn't always looked (or felt) that way, especially in the U.S., where one in more than nine people is out of work, and mortgages on many homes are underwater. In Europe, the euro isn't stretching as far as it used to. The currency has fallen substantially as Portugal, Italy, Greece and Spain deal with huge sovereign debt problems.

It's clear the financial crisis has left deep scars. But many emerging and developing nations have bounced back nicely in 2010. And others were able to largely weather the downturn. Economists predict Asia will be the first to get back to pre-recession levels of growth, followed by Latin America, while major developed countries will lag behind.

Everyone knows that some countries (we're looking at you, Canada) weathered the crisis well. But others are more surprising. Fortune features a sampling of five economies and what makes them strong when everyone else is so weak.
By Nin-Hai Tseng, reporter
NEXT: Australia
Last updated July 01 2010: 4:35 PM ET
More from Fortune
• Unemployment benefits extension nixed for nearly 1 million
• Europe's $1.6 trillion hangover
• Europe spurns Obama's plea for more spending
More Galleries