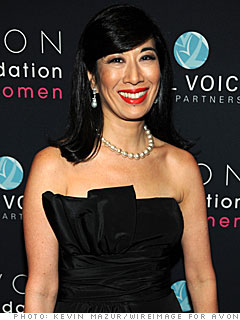 In December she became co-lead director on Apple's board, a prestigious role given the dearth of women in the top ranks of the world's most watched company. (She's also on the board at GE.) Avon hasn't fared as well: Revenue and income were both down last year, when most companies were bouncing back, and the stock is trailing the S&P.

Global power brokers
These female executives are on top of the world. More