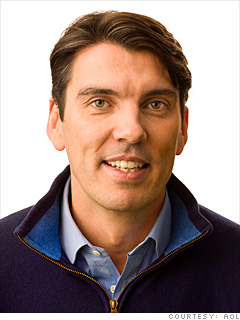 Half off pays in full for Groupon
Chairman and CEO, AOL
Age: 39
Rank change: Down
Industry: Technology
It's been less than a year since AOL was spun out of Time Warner (parent of Fortune's publisher), but Armstrong has been on a tear in his efforts to transform the dotcom-era punchline into a powerhouse in emerging forms of digital content and journalism. He has slashed 8,900 jobs, and cash on hand has increased from $100 million to $600 million, even while the company has invested in local journalism ventures like Patch and Seed and made headlines by buying popular Silicon Valley blog TechCrunch.

Side project: Armstrong is a part owner in the upstart United Football League.

NEXT: 19. Esther Duflo
Last updated October 14 2010: 1:25 PM ET
40 under 40
Highest paid under 40
Which young executives at public companies brought home the most bacon this year? And exactly how much bacon are we talking about? More
Where is the economy heading?
This year's innovators offer their economic predictions for the next few years and beyond. More
Ones to watch
They may not have made the list this year, but we're keeping an eye on these rising stars. More