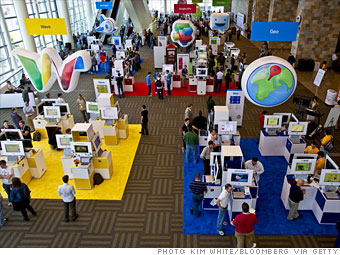 What would all that planning and design by network and data analysts be worth without software? Not a whole lot, which explains why the BLS expects the cadre of software engineers and application developers to swell to 689,900 by 2018 (up from 514,800 in 2008). Whether they are building business software, constructing an operating system, developing games, or designing mobile apps, software engineers have a wide array of career avenues to consider.

And it surely does not hurt that the worldwide smartphone market grew by 50% between the second quarter of 2009 and 2010, according to the market research firm IDC. The impressive growth of the smart mobile industry over the past few years will only add fuel to the fire of the impressive job prospects for application developers, as smartphone users have come to expect increasingly advanced software applications to justify the increased expense of their phones.