MORE FROM FORTUNE
• How the Bear Stearns deal got done
• The end of Wall Street as we know it
• Lehman rout tests Fed's resolve
• Recession? Where to put your money now
More Galleries 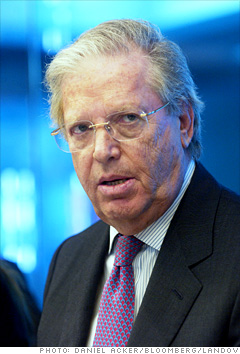 Bear Stearns chairman of the board and former CEO

Cayne stepped down as Bear Stearns' CEO several months after it was revealed that he was playing bridge and allegedly smoking pot as two of the firm's hedge funds imploded last summer, touching off a crisis in confidence from which Bear Stearns never recovered. Cayne stayed on as the firm's non-executive chairman and is its second-largest shareholder.