MORE FROM FORTUNE
• How the Bear Stearns deal got done
• The end of Wall Street as we know it
• Lehman rout tests Fed's resolve
• Recession? Where to put your money now
More Galleries

Bear Stearns employees, who own about 30% of the firm, and fund managers lost big when the Wall Street giant collapsed. Here's a look at some of the hardest hit. 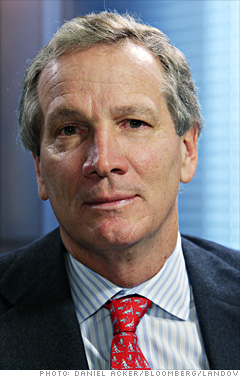 Schwartz, a congenial and savvy dealmaker, was charged with righting Bear Stearns' ship when he took over from James "Jimmy" Cayne in January. At the time, Bear Stearns' market cap had fallen from its peak of $25 billion to $10 billion - below book value. In recent days, Schwartz has overseen the firm's fire sale to JPMorgan Chase for a mere $240 million.

*Estimates based on Schwartz's holdings at the beginning of 2008, when Bear Stearns stock was trading at $88.35.
By Katie Benner, writer-reporter