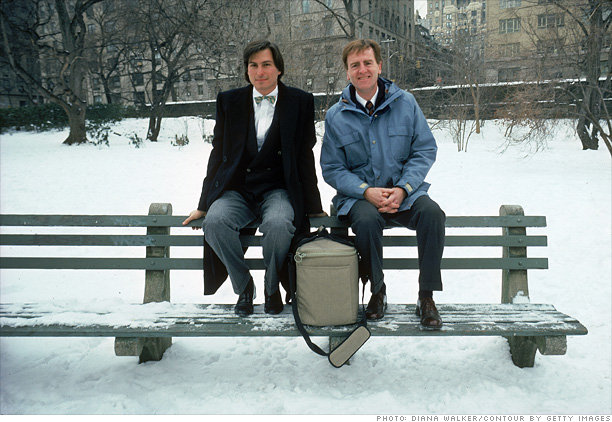 Jobs and Apple CEO John Sculley sit on a Central Park bench in 1984 with the Macintosh under wraps in its case. A year later, Jobs was ousted from Apple. He later launched a computer company called Next, where he stayed for 12 years before returning to Apple in 1997. Scully remained CEO of Apple until 1993.