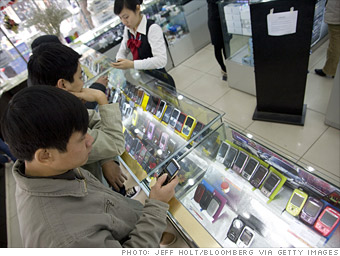 In the last 30 years, Vietnam has been progressively reforming its centralized, Communist economic policies and integrating itself with the rest of the world. In 2007 Vietnam joined the World Trade Organization, to some extent marking the success of that transition. Manufacturing has grown around 10% every year for over a decade. The IMF predicts that Vietnam's GDP will grow about 6% this year and next. Vietnam's exports to China provide an added level of stability, compared to other countries whose export sector is way more dependent on the U.S.

The VN-Index of stocks on the Ho Chi Minh City Stock Exchange rose 55% in 2009. Even still, this last June Mark Mobius, Franklin Templeton's emerging and frontier markets guru, wrote in his blog that company valuations in Vietnam "remain one of the cheapest in the world." One avenue to explore cheap buying opportunities: a planned stock offering by Sabeco, the country's largest beer brewer. The government is divesting its remaining 20% ownership stake in the company. "The country's growth trend is exciting" writes Mobius, "as it usually is in most frontier markets."