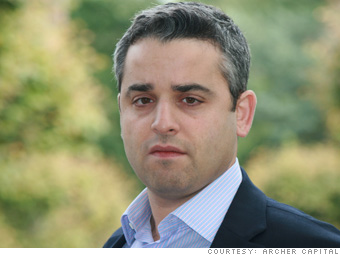 Edidin whet his appetite for distressed investing as an analyst in Blackstone's restructuring group, but he made his name in the sector at York Capital. He was the second hire in the $10 billion firm's York Credit Opportunities fund, which shot from $15 million to more than $3.5 billion in just a few short years.

Full List: Top 40
Meet this year's class of youthful movers and shakers. They're innovating, they're expanding, and they're not really thinking about the recession. More
Highest paid under 40
Which young executives at public companies brought home the most bacon this year? And exactly how much bacon are we talking about? More
Wall Street's Young Guns
Blackstone has a rep for growing young talent. Steve Schwarzman's strategy: managing overachievers More