Oprah may be moving to cable, but her influence remains prominent on the networks. Countless experts were invited to The Oprah Winfrey Show during the past 30 years, but only these five personalities were able to parlay their appearances into their own mini-empires. 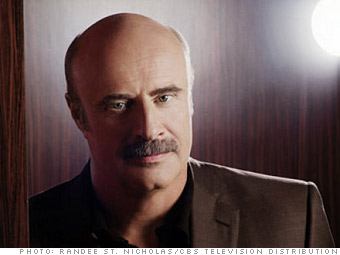 Dr. Philip McGraw, better known as Dr. Phil, confronts dark issues in relationships during his daily talk show. But in his own life, nothing is brighter than the Oprah effect.

A clinical psychologist, Dr. Phil first crossed paths with Oprah during her legal battle with Texas cattlemen in 1996, when she hired his firm, which prepped witnesses for court testimony. She prevailed in that case, thanks in part to Dr. Phil's guidance. The Oklahoma native, dubbed "Dr. Tell-It-Like-It-Is Phil" by Oprah, became a regular guest on her show after first appearing in 1998.

Oprah's road to OWN
Here's a look at some of the career milestones and moments that helped lead to the formation of Oprah's very own channel. More

Power 50
There are nine newcomers to this year's list, and 13 women who earned big promotions. More