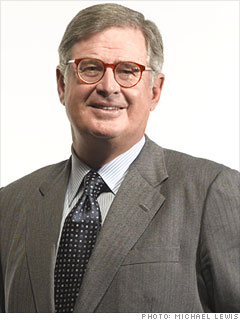 In his eight years as CEO, Palmisano has spent more than $20 billion buying scores of companies to transform the mainframe maker into the world's leading provider of computer services and analytics software. With his stock at an all-time high, Palmisano intends to keep his wallet open: In May he said he'd commit an additional $20 billion to acquisitions over the next five years. He's also kept up IBM's habit of combining games with brains. This year IBM unveiled a computer that can beat a human at Jeopardy, an unbelievable programming challenge.

NEXT: 16. Angela Ahrendts
Last updated November 19 2010: 10:47 AM ET
More from Fortune
Reader's Choice
After a month of rabid online voting you crowned your own Businessperson of the Year. More
Reed Hastings: Leader of the pack
Executives from Silicon Valley to Hollywood to Wall Street admires his savvy persistence - and his company's cool culture. The secret to the Netflix CEO's success? He never stops looking over his shoulder. More
When they were young
Michael Dell was 21 when he first appeared in Fortune. Bill Gates made the cover when he was 30. Here's a look back at some of today's biggest business leaders when they were climbing the corporate ladder. More