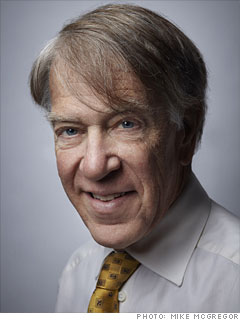 They have been called the "bankers of the apocalypse" for the role Altman and his cast played in the $80 billion restructuring of General Motors and a handful of other corporate giants that collapsed during the downturn. But the company also plays an important role in the M&A world. Among its recent deals: advising Sanofi-Aventis on its $19 billion acquisition of Genzyme and CenturyLink's $22 billion merger with Qwest Communications. The recent purchase for half of Brazilian investment bank G5 Partners will help expand the business abroad.

NEXT: 30. John Paulson
Last updated November 19 2010: 10:47 AM ET
More from Fortune
Reader's Choice
After a month of rabid online voting you crowned your own Businessperson of the Year. More
Reed Hastings: Leader of the pack
Executives from Silicon Valley to Hollywood to Wall Street admires his savvy persistence - and his company's cool culture. The secret to the Netflix CEO's success? He never stops looking over his shoulder. More
When they were young
Michael Dell was 21 when he first appeared in Fortune. Bill Gates made the cover when he was 30. Here's a look back at some of today's biggest business leaders when they were climbing the corporate ladder. More