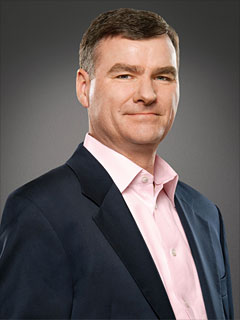 This year, the cable companies watched as subscribers left their bills behind -- not so DirectTV. By signing up new subscribers eager to shell out more money for its premium services, shares of the nation's largest satellite TV operator jumped 65% this year. A big part of the draw: DirecTV's highly popular sports offerings such as Major League Baseball's Extra Innings and pro football's Sunday Ticket package, the latter of which was heavily promoted this year with a $100 million ad campaign (and whose pygmy giraffe became a web sensation). Big boost, too, Latin America, where the company has doubled its subscriber base in the last four years.

NEXT: 33. Bill Gross
Last updated November 19 2010: 10:47 AM ET
More from Fortune
Reader's Choice
After a month of rabid online voting you crowned your own Businessperson of the Year. More
Reed Hastings: Leader of the pack
Executives from Silicon Valley to Hollywood to Wall Street admires his savvy persistence - and his company's cool culture. The secret to the Netflix CEO's success? He never stops looking over his shoulder. More
When they were young
Michael Dell was 21 when he first appeared in Fortune. Bill Gates made the cover when he was 30. Here's a look back at some of today's biggest business leaders when they were climbing the corporate ladder. More