Rare earths are everywhere -- for now

A shortage of mined rare earths could leave the world scrambling for substitutes. Not rare at all, here's a look at how these elements make our modern lives possible. 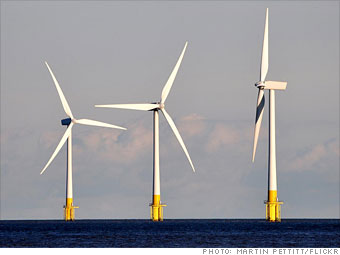 Rare earths are neither rare nor earth. They are 17 fairly abundant metals found in the earth's crust. Finding them isn't difficult, but having the infrastructure to mine them is another story.

In the United States, the Mountain Pass mine in California was the largest producer of these metals, but the mine was shut down in 2002 after a series of radioactive waste spills. The cost of the cleanup effort made mining at Mountain Pass economically impracticable to compete with cheaper operations in China.

Now, China produces almost all of the rare earths used in industry, and the country has been tightening export restrictions. China began slowing exports in 2009, allegedly to make sure the country will have enough rare earths to fuel its development.

The United States imports its rare earths-- just $84 million worth in 2009, according to the United States Geological Survey -- even though several industries at home depend on them. Leaders in Japan and Germany have spoken out against China's export slowdown, and US officials are going to investigate if Chinese rare earth trading practices violate international trade rules.

A shortage of mined rare earth would leave several industries scrambling for substitutes. For example, one typical windmill contains several hundred pounds of magnetic neodymium. Here's a look at some more industries that could be in trouble if rare earth metals really become a rarity.

By Shelley DuBois, reporter
NEXT: Electric and hybrid cars
Last updated October 28 2010: 9:11 AM ET
More
• Why China doesn't ask how high when we say jump
• The race for rare earths
• The quiet rise of American Big Gas
More Galleries