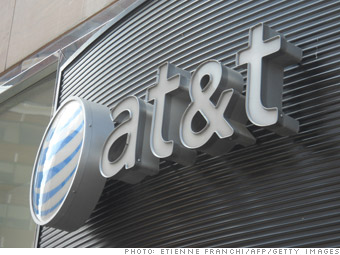 Even before its proposed mega-deal with T-Mobile this year, AT&T was on a roll. In 2010 the iPhone sold like gangbusters; its network quality saw some improvements; and wireless data revenues jumped by almost 30%--the highest among the industry's giants.

Profits rocketed nearly 60% during the year, helped by a few notable divestitures, to make AT&T the second most profitable in the Fortune 500. How long it holds that ranking depends on how attractive AT&T remains to consumers after losing exclusive rights to the iPhone to Verizon, and whether it can bring even more meaningful boosts to its network .