Exxon Mobil rode high oil prices to a staggering $30 billion in income, making it the most profitable Fortune 500 company for the eighth year in a row. From Apple to Google, here are the other big winners. 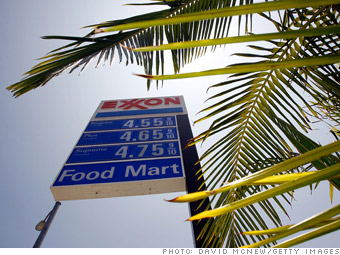 Like last year, Exxon was edged out as the largest company in the U.S. (that crown again goes to Wal-Mart), but it can boast about being the most profitable. With the recession past it, Exxon boosted earnings 59% thanks to rising oil prices driven by a recovering world economy. Oil isn't everything to Exxon.

After its 2009 mega-deal for XTO, natural gas now accounts for half of Exxon's global production. But even amid sluggish natural gas prices, Exxon remains in a league of its own on our list: its $30.5 billion in profits are a staggering $10 billion more than its closest oily competitor, Chevron, and more than 52 times the size of the median profits in the 500.