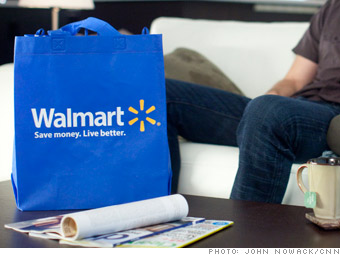 Wal-Mart defended its top spot on the Fortune 500, but it slipped three notches on our list of the most profitable. The cause: recession-weary shoppers. In the depths of the downturn, Wal-Mart slashed prices on everything and attracted American consumers.

Wal-Mart couldn't keep the strategy going in 2010: The company posted U.S. same-store sales declines for the entire year. Dollar store chains and online merchants have eroded some of Wal-Mart's appeal. Its foray into chicer clothes didn't help results either.