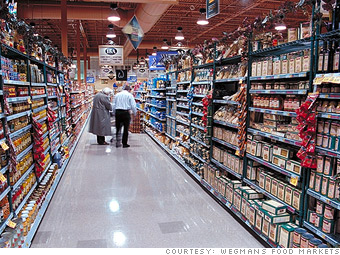 This Northeast grocery store chain has never been forced to layoff staff. Even when it has closed an underperforming store or eliminated a department -- such as photo finishing and video rentals -- it has kept the employees and retrained them for new positions. The company has also steadily added jobs by opening new stores every year and expanding its distribution centers. This "stretched" the company to its capacity at times, but management said they would rather retain trained staff than have to invest in new hires later.